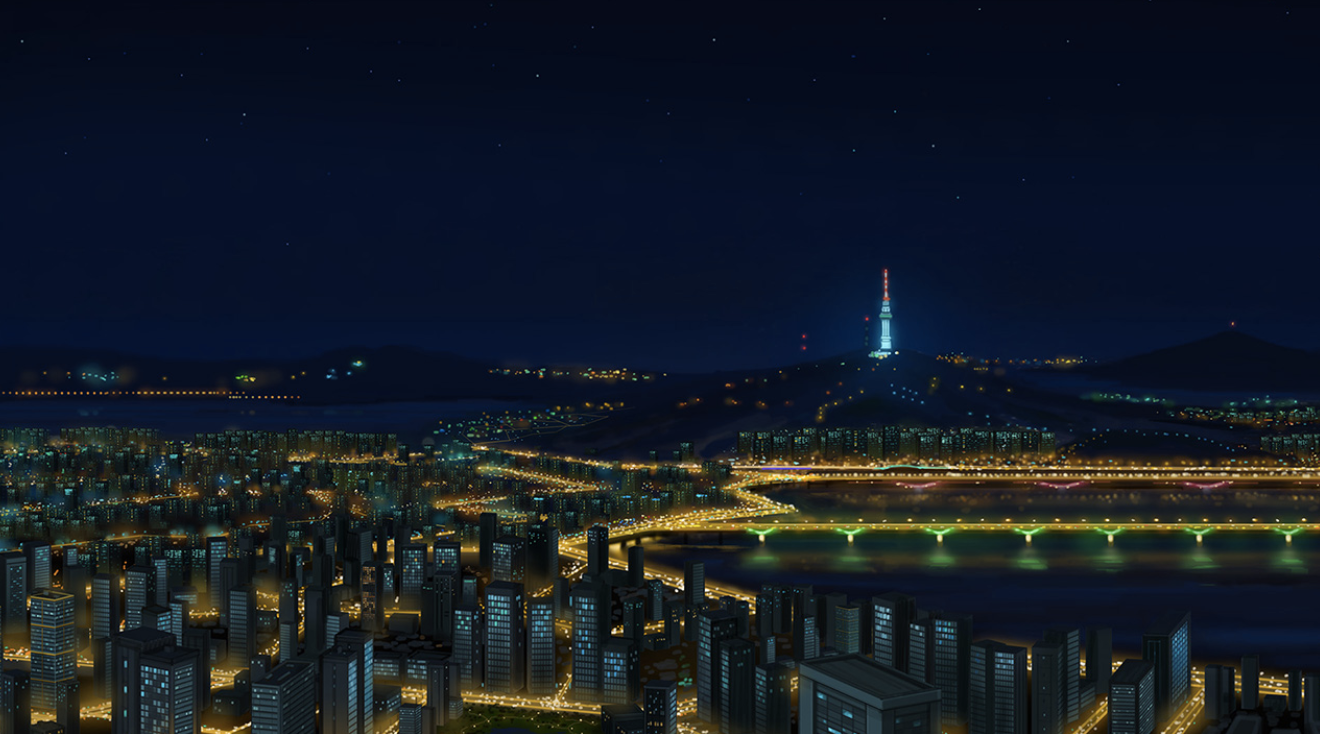 The appeal of visual novels usually lie in their wish fulfillment, their ability to transport you into fantasies about dating beautiful boys (and girls), becoming a celebrity or a pop star, or acquiring amazing powers. The the visual novel SC2VN, however, offers you a chance to live out a very different sort of fantasy: becoming a professional Starcraft 2 player in South Korea.

Unexpectedly, I loved it. I know virtually nothing about eSports, and have certainly never fantasized about playing them. But if Friday Night Lights proved anything to me, it's that you don't actually have to give a shit about sports in order to give a shit about the people who play them. Tell the right story, and the specific details of the competition matter a lot less than the fact that it matters to characters you care about—even when the competition happens to be a digital one.

The game (which originally started of as a joke by its creators at Team Eleven Eleven) opens on a competitive match of Starcraft 2, where your character is about to suffer an ignominious defeat. The loss feels doubly painful because you're a foreigner (read: not a South Korean) who just spent your entire savings to fly across the world and take one last shot at achieving your eSports dream. It hasn't been going well.

You have no wins to boast about, no friends to support you, and now you're running out of money. As someone helpfully reminds you after you arrive, "it's been more than five years since a foreign pro-gamer accomplished anything noteworthy in Korea," and the odds are stacked against you as an outsider. And while playing video games for a living might sound like a dream job, it to mention that playing Starcraft 2 isn't even "fun" for you in the traditional sense, and seems to provoke more far more anxiety and self-doubt than it does happiness.

But here you are, risking everything for it anyway. Your character (who can be either male or female) regards Starcraft with something between awe and addiction, a game that "requires the dexterity of a pianist alongside the strategic thinking of a chess player," and one that you just can't seem to quit no matter how punishing it sometimes feels.

But what makes SC2VN so compelling isn't just the fascinating window it offers into a potentially unfamiliar subculture, but the more universal story it tells about passion generally and sports specifically, the dizzying highs and crushing lows of loving a beautiful game.

Your protagonist, who goes by the pseudonym "Mach," has traveled to South Korea not only because it's the country where eSports was born, but because it offers the most opportunities for pro gaming—not to mention the sort of rabid fandom that can fill stadiums and elevate players to mainstream fame. But if you have any hope of rising beyond the amateur matches on your local PC bang, you'll need to find yourself some teammates, get the attention of a sponsor, and start making some waves.

If you're unfamiliar with eSports generally, and the professional Starcraft 2 community in South Korea specifically, SC2VN does its best to catch you up. In the "extras" section, there's a particularly helpful introduction by Day[9]—a popular eSports commentator and former pro—that'll give you a crash course in the history of professional gaming.

You'll have to pick up the finer details on the fly, though it's not that difficult; even if you don't know exactly what it means to "ladder" and "cheese," or exactly what a "one base all-in" strategy involves, you can pick up most of it from context.

At several points, you actually play faux-Starcraft matches in the midst of the visual novel, experiences that feel very tense and intense, especially when your reputation (and your dreams) are riding on the outcome. Most of it unfolds through the narration of your as your character, who explains the backstory and the implications of various choices a bit like a first-person sports announcer. Other times, though, you'll be asked to make strategic choices that could very well determine the outcome of the game. Should you rush in quickly for an early attack, hoping that you'll take your opponent by surprise, or hold back to build up your forces before staging your assault?

The closer you grow to your goal, the more you'll have to deal with the double-edged sword of fandom and online visibility, which can help make you a star—or tear you down. Just like many more traditional sports, a lot of eSports fans become invested in the games because of the personalities and rivalries, and your character even suggests that "most of the people who follow Starcraft know less about the game itself than they do about the people playing it."

Although eSports is still a very male-dominated field, there are a surprising number of women in the primary cast of SC2VN. If you decide to play as a female character, the majority of players on the pro Starcraft team you eventually assemble will end up being women. Unsurprisingly, these players express many of the same frustrations that you've likely heard from women in games before, including how frustrating it is to be objectified and condescended to by the people in your field, rather than celebrated for your ability.

When a teenage boy suggests that women have it easier in eSports because they get more attention, two female players quickly correct his attitude.

If you've ever laughed as eSports or dismissed the concept as absurd, you might reassess your own attitude as well by the end of SC2VN. After watching your character sweat and struggle—and seeing exactly how much work and talent it requires to succeed at such a competitive and complex game—chances are the condescension won't come quite as easy.

Although the game drags a bit by the end and there are moments when it spends a bit too much time explaining things that are perfectly evident on screen, I found myself surprisingly absorbed by Mach's quest to achieve a goal that holds absolutely no personal interest for me. (It's also free to download on Steam and Itch.io, so it has that going for it too.)

If SC2VN taught me anything about competitive Starcraft, it's both how little I know about it and how much there is to know. Even as a semi-professional player, your character has several moments where you realize that the truly elite players are functioning on a level of strategy you can barely comprehend, and for all your efforts, you're just starting to scratch the surface.

Will you ever be able to go head to head with the most competitive players in the world? More relevantly, will you be able to do it before you run out of money and have to admit defeat—to your friends, to your family, to yourself? Ultimately, it boils down to the same rdilemma that so many artists and athletes face when they're trying to turn their passions into a career: If you can't quite make a living at the thing you love, how long should you hold out—and when do you need to admit that you're deluding yourself? How much are you willing to give up for a shot at your dream, even if it's one that the people around you don't understand or appreciate?

While your character gets some unrealistically lucky breaks, there are no rose-colored glasses here, and no fairy tale ending on offer, especially in a field where few people remain competitive beyond their 20s. It's a story that might feel very familiar to anyone who's had to sacrifice their comfort and security for a shot at their dream—no matter how long the odds might be, or how briefly the spotlight shines on them.