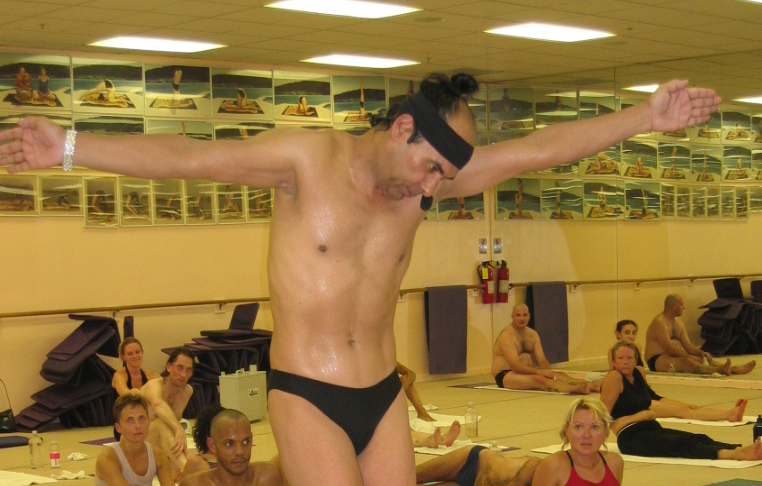 Bikram Choudhury, the millionaire accused serial rapist who popularized hot yoga in America, sued other hot yoga studios in 2003, including "open source yoga" practicioners, asserting that he held a copyright over the sequence of poses conducted in his class.

Now, more than a decade later, the US Federal Appeals Court for the 9th Circuit has told him to stick it up his sacral chakra.

Previously, Choudhury had expressed confidence in the outcome, stating "I have balls like atom bombs, two of them, 100 megatons each. Nobody fucks with me."

In this case, we need not decide whether to adopt the Copyright Office’s definition of “choreographic work” or fashion another on our own because all categories of works eligible for copyright protection, including choreographic works, are subject to the critical requirements and limitations of Section 102. The beauty of this section is that it allows for the possibility that the term “original work of authorship”may, as it has, evolve and encompass new forms of expression that, like choreography, are not easily reduced to neat definitions. “Congress recurrently adjusts copyright law to protect categories of works once outside the law’s compass.” Golan, 132 S. Ct. at 892 (listing such categories,including foreign works, dramatic works, photographs,motion pictures, fixed sound recordings, and architectural works). Yet as Congress has responded to new technologies and evolving understandings of creative expression, the idea/expression dichotomy has remained firmly in place. This dichotomy, as this case illustrates, polices the uncertain boundaries of copyrightable subject matter.

The Sequence is not copyrightable as a choreographic work for the same reason that it is not copyrightable as a compilation: it is an idea, process,or system to which copyright protection may“[i]n no case” extend. 17 U.S.C.§102(b). We recognize that the Sequence may involve“static and kinetic successions of bodily movement in certain rhythmic and spatial relationships.” Compendium II,§ 450.01. So too would a method to churn butter or drill for oil. That is no accident: “successions of bodily movement”often serve basic functional purposes. Such movements do not become copyrightable as “choreographic works” when they are part and parcel of a process. Even if the Sequence could fit within some colloquial definitions of dance or choreography, it remains a process ineligible for copyright protection.