PAUSE, a relaxation app from the studio that created Monument Valley 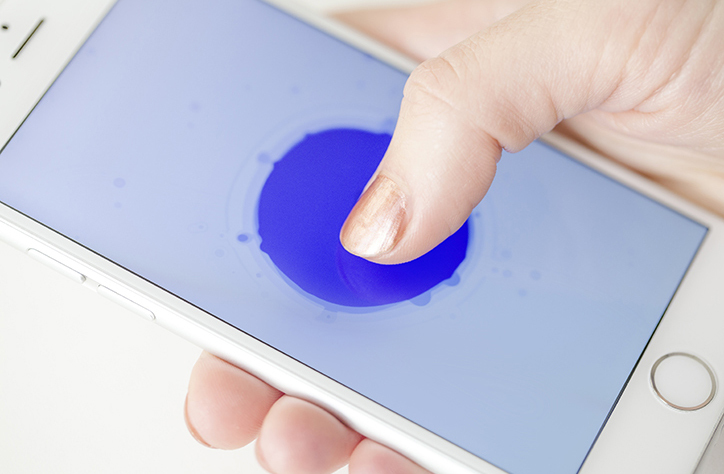 PAUSE, a collaboration between ustwo and Pausable, has a simple concept: You simply press your finger on the screen, and move it slowly to make a colorful, amorphous blob grows larger and larger. Stop moving (or move too fast) and the game will gently try to correct your pace; the idea is to stay present, calm, deliberate.

Once the undulating blob fills the screen, the app will tell you to close your eyes, while still rotating one finger around the screen to the thrum of its ambient sounds. Eventually, a bell will ring after the appointed amount of time has elapsed, ideally indicating that at least some of your anxiety has dissipated.

"Everything started with my own severe stress and depression," says Pausable cofounder Peng Cheng, who eventually became so incapacitated by stress that he couldn't work. After a six-month sabbatical, which included meditation and tai chi, he realized that what helped him most were activities that helped him focus on the here and now. "Most stress exists only in our head and absorb all our attention... to break this pattern I needed to focus on what is physical and tangible, and actively put my attention in the moment."

While I can't speak to the scientific benefits of the app, Cheng is correct that there's something soothing and relieving about focusing on one thing at once, especially if your attention is typically fragmented into many tiny splinters by multiple tasks, demands, and pings from your smartphone. Just make sure you turn off notifications before you lose yourself in the supple embrace of the blob.