Who exactly is the audience for the Steve Jobs movie? 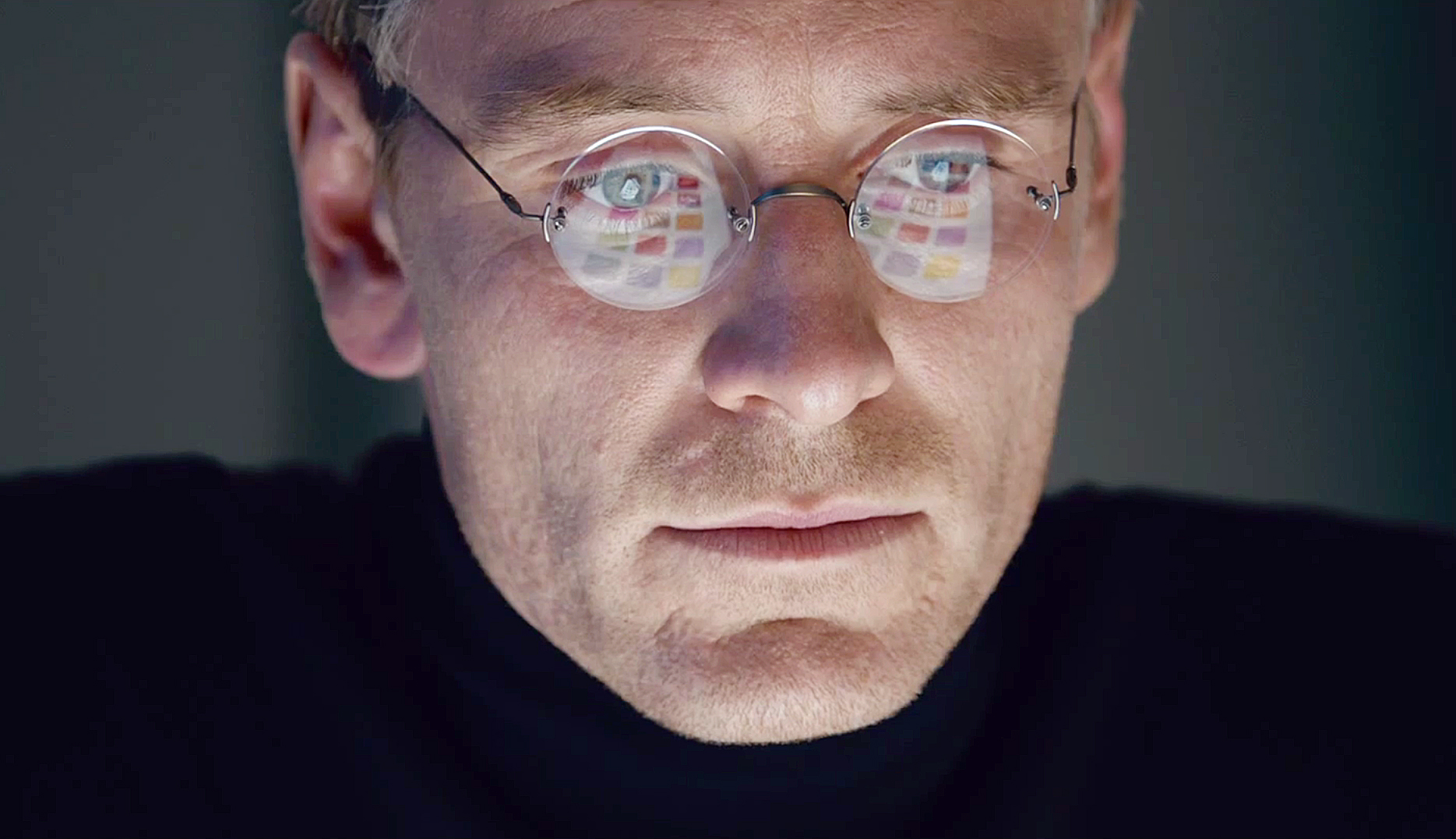 The biopic, starring Michael Fassbender as Steve Jobs, is getting good writeups: "brilliant, when not breaking your heart," is Time Out's summation of both man and movie.

An early dissent, from Rex Reed, is equally unsurprising to anyone who has followed the narratives of Jobs: " Cold, obnoxious, neurotic, selfish, indifferent toward everything but his computers … worth $441 million when his wife and daughter were living on welfare". (And, postscript, Fassbender "looks nothing whatsoever like Jobs.")

Chris-Ann Brennan, Jobs’ ex-girfriend and Lisa’s mother, likens him to a figure in a Ram Dass book: “When someone goes into a state of enlightenment but does it while still attached to their ego, they call that the golden chain. And that’s what I feel happened to Steve. He went into magnificence and enlightenment but he, he just blew it.”

Roll your eyes all you want, infidels, but I think there’s something to it.

His argument is that the new movie, "Steve Jobs", is like an anti-biopic. Most set about mythologizing and narrating their subjects, whereas this one aims to demythologize a man lionized and caricatured to absurdity by the time he died.

In this way, it’s more like one of those postmodern Westerns—McCabe & Mrs. Miller or Unforgiven—deconstructing America’s self-image by poking holes in the stories it tells about itself. Yeah, Jobs may have made good computers, this movie says, but that hardly matters, because—whatever Jobs might believe—machines are secondary to our work as humans, not extensions of it.

The movie, directed by Danny Boyle, is earning preliminary frowns from the legacy-keepers: it's based on Walter Isaacson's disappointing biography, Laurene Powell Jobs tried to prevent it being made and reportedly persuaded Christian Bale and Leonardo DiCaprio to turn down the role, and Apple design chief Jony Ive suggested that it's hijacking his legacy.

Ive said he hasn't seen the films, but knows others who have. "There are sons and daughters and widows and very close friends that are completely bemused and completely upset," he said. "We’re remembering and celebrating Steve Jobs' life and at the same time there is this perfectly timed movie and I don’t recognize this person." Ive said Jobs "had his triumphs and his tragedies like us all," but now he his having his "identify described, defined by a whole bunch of other people and I think that’s a bit of a struggle personally."

"If you've got a factory full of children in China assembling phones for 17 cents an hour, you've got a lot of nerve calling someone else opportunistic."

The New York Times's A. O. Scott reviews it and finds a credible character study within what sounds like a lot of Sorkinized mundanity.

Jobs was a minimalist and a control freak, a proponent of closed systems, streamlined construction and conceptual simplicity. Mr. Boyle and Mr. Sorkin, in contrast, are fervent maximalists, prone, respectively, to busy, breakneck visual effects and roiling torrents of verbiage. … At times the camera seems agitated to the point of distraction because it’s trapped in a movie that consists almost entirely of rushed conversations in enclosed spaces. But this antsiness helps create an atmosphere of nervous, almost absurd suspense. … You hold your breath waiting to see what’s going to happen, even though you know exactly what is in store. A guy is going to come out onstage and show you a new gadget.

Returning to Tanz, what he means by "Tech's God Complex" is how the film challenges the Kevin Kelly-esque notion that there is some quasi-magical technological force at work in Jobs' genius. The movie offers a traditional torn-genius story instead: good old internal doubt, darkness and manipulation as the driving forces of creation.

Jobs has daddy issues and daughter issues, problems with authority and problems with intimacy. It hammers home the idea that Apple’s philosophy of “end to end control” emerged from Jobs’ own adoption trauma. Battling over how many ports to put into the Apple II, Seth Rogen’s Wozniak finally throws up his hands. “Computers aren’t supposed to have human flaws,” he says. “I’m not going to build this one with yours.” This is another way of looking at technological progress as a whole—not as divinely-inspired evolutionary advancement but as a kind of enslavement, locking consumers inside the fallible psyches of its creators.

Articles (and movies) about Jobs are more often than not really about the people who are inspired by him. If you want a word to understanding their take on the world, forget "fanboy" or "Technium" or any of the other resentful or abstract things. A better word is "taste." This is often a tool of intelligent men of little emotional maturity or technical ability, in search of proof that such shortcomings just don't matter. Jobs (fairly or not) represents those things well enough to make him a perfect avatar.

I suspect the movie won't do very well. The people who care enough about Steve Jobs just aren't buying what it's selling.