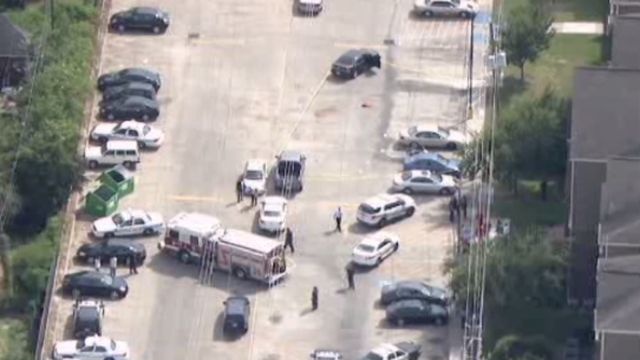 One person has died following a shooting near the campus of Texas Southern University.

No longer satisfied with a mere one mass shooting a day, which has been our nation's average so far in 2015, we've upped it to two school shootings today.

Both of today's attempted mass shootings took place at universities. This, on the same day President Barack Obama visits Oregon to offer condolences to the victims of last Friday's mass school shooting at a community college in Umpqua, OR.

“An 18-year-old college student was taken into police custody after he shot four people, killing one, in a confrontation near a residence hall at Northern Arizona University in Flagstaff early Friday morning,” reports the NYT.

Meanwhile NBC reports, “One person was killed and another wounded in a shooting near Texas Southern University, police said. Police said a possible suspect had been detained. The shooting occurred around 11:30 a.m. CT near the university's student housing complex, NBC affiliate KPRC reported, adding that the campus had been placed on lockdown.”

In both stories: “Classes have been canceled for the rest of the day.”

Also in the news today, two eerily similar stories about planned school shootings which were thwarted by police or friends of the aspiring mass murderer.

One involves a high school in Great Falls, Montana.

Another report out of Denver, Colorado also involved a single male gunman on a high school campus. That school remains “on lockdown” at the time of this blog post.