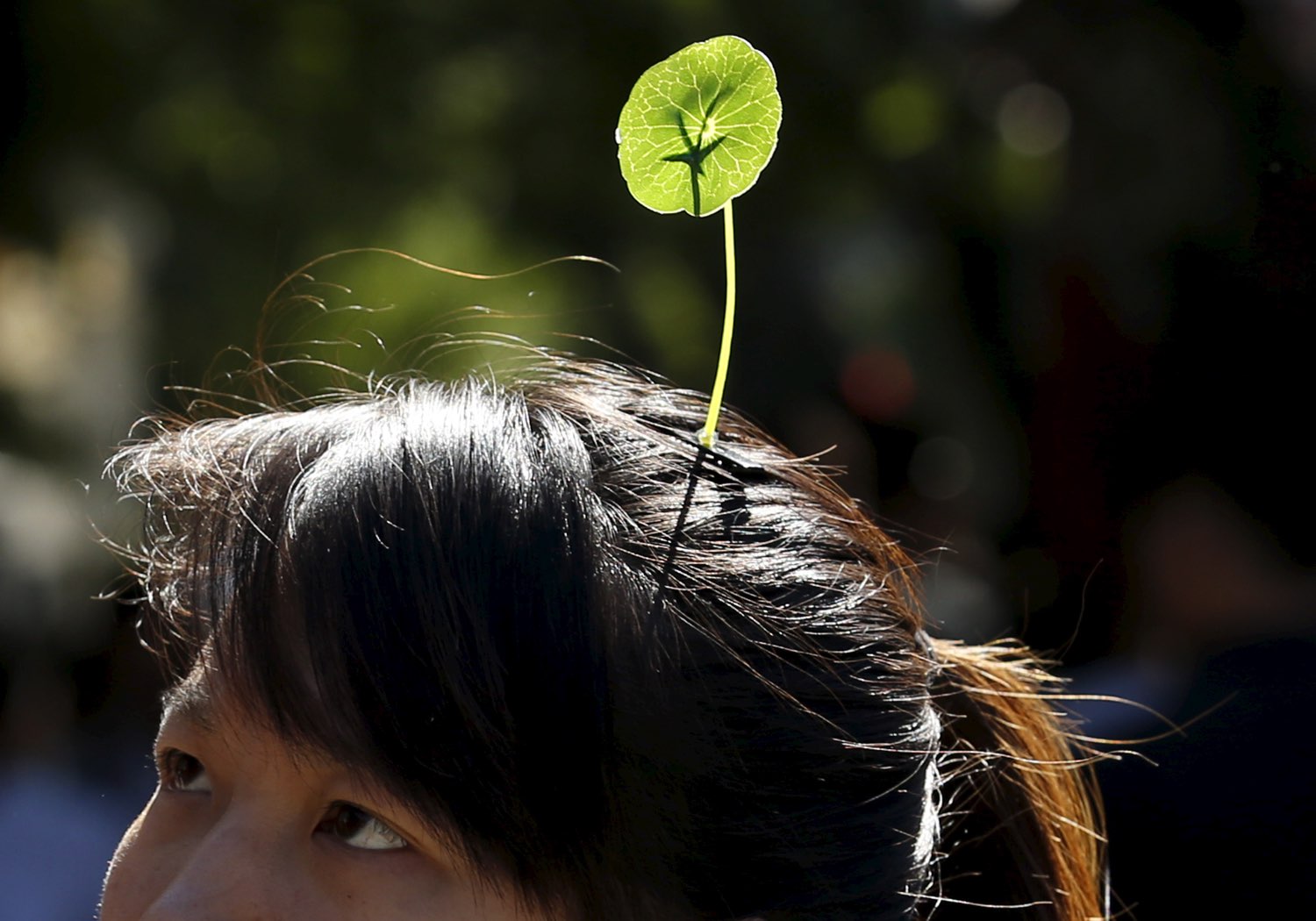 In China, teens and twentysomethings are wearing little plastic accessories on their heads in the shape of tiny little sprouts, fruit, or flowers. Nobody's exactly sure where or how the trend started, but it's... growing.

Above and below, some wonderful photographs from Reuters of people following this trend, with cute sprouts on their heads.

Naturally, The New York Times is On It.

When the trend started a few months ago, it was usually just a humble bean sprout clipped to the hair and erect like a little green flagpole. The slim green shoot seemed to offer some kind of mute protest against the gray, stressed environment of the city.

But as the fad ramped up, especially during the current National Day holiday week when Beijing fills with visitors, it has escalated and diversified to include a riot of plastic vegetation. Now heads are bristling with clover, sunflowers, chrysanthemums, lavender, mushrooms, chilies, cherries, gourds and pine trees.

A sprout-sporting guy in Beijing. REUTERS

A woman tries a sprout-like hairpin on a baby in Beijing, China. REUTERS