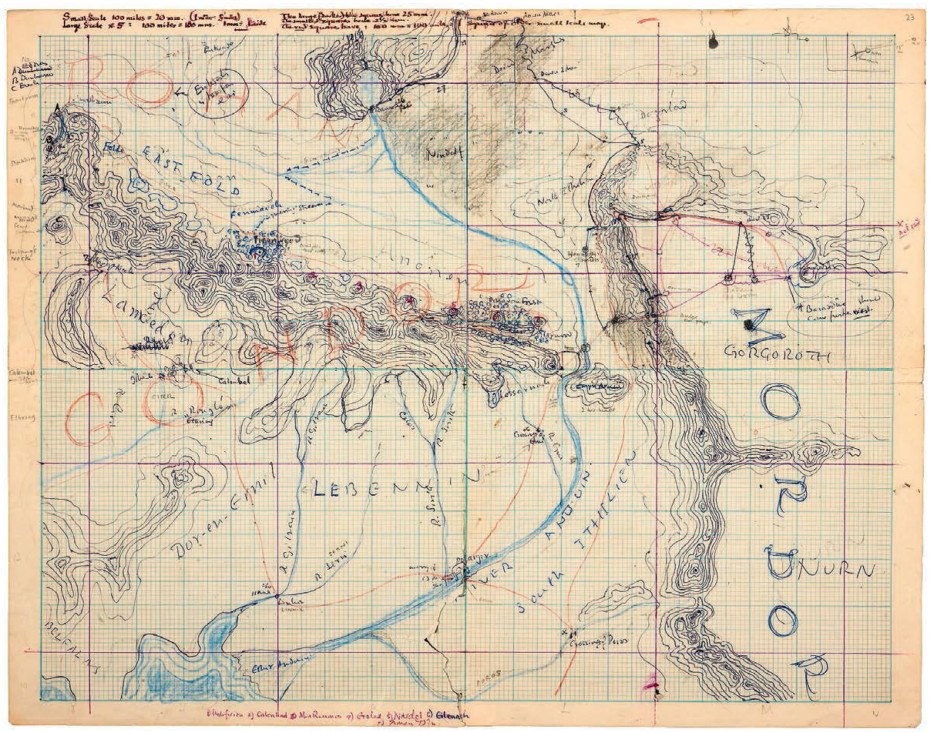 "The Art of The Lord of the Rings by J.R.R. Tolkien" is a new collection of the drawings, maps, diagrams, and sketches that Tolkien drew to help him navigate Middle-earth, and the entire complex universe he created for his novels. Edited by Tolkien scholars Wayne G. Hammond and Christina Scull, the hardcover book contains nearly 200 images, the majority of which have never been published before.