Coins carved to reveal skulls under the faces 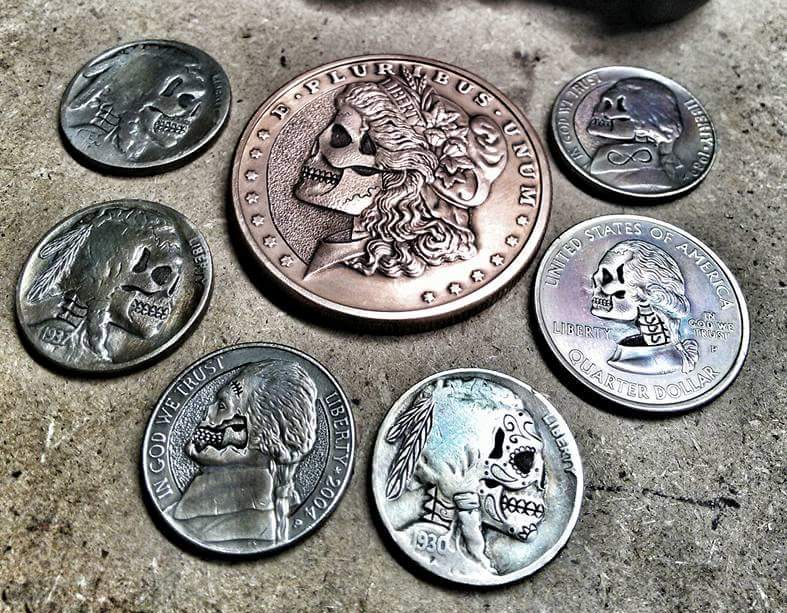 Hobo Nickels are bas relief carvings of coins, and were especially popular during the great depression, when people sold them as novelties.