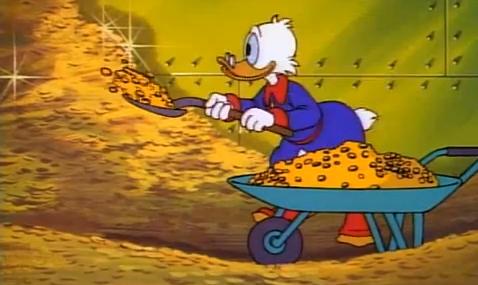 The Intercept's Dan Froomkin played turd-in-the-punchbowl at outgoing Attorney General Eric Holder's victory lap party at the Reporters Committee for Freedom of the Press reception on Wednesday, asking why Holder had declined to put one single banker in jail for the monumental frauds that collapsed the world's economy in 2007-9.

It was some event! The reception was held at the new building for Holder's old firm, Covington & Burling, who built a new giant luxury office tower while he was Attorney General, reserving a corner office on the 11th floor for him. The firm, which paid him $3 million per year before he became Attorney General, represents many of the banks that Holder failed to prosecute during his tenure in office.

One group of people he did prosecute was journalists and whistleblowers, invoking the Espionage Act more times than every other AG in the history of the USA combined. That's why he was an honore guest at the Reporters Committee for Freedom of the Press reception -- as a counterexample (I can only suppose).

Boy, did Holder ever get upset at the suggestion that he had given his former clients a free ride just because they'd made him unbelievably rich and would make him richer still once his holiday in the government was over:

Holder bristled at my suggestion that there might be a connection between his current employer and his conduct at Justice, saying that many top prosecutors at Justice had pursued cases as best they could. “We were simply unable to do it under the existing statutes that we had, and given the ways the decision-making worked at those institutions,” he said...

...At Wednesday’s event, Holder continued: “It’s an easy thing for people who are not a part of the process” to “ask questions,” he said. “It pisses me off, on the other hand,” for people “not conversant” in the process to “somehow say that I did something that was inconsistent with my oath or that I’m not a person of integrity.”

“I’m proud to be back at the firm,” he said. “It’s a great firm. And I’m proud of the work I did at the Justice Department.”