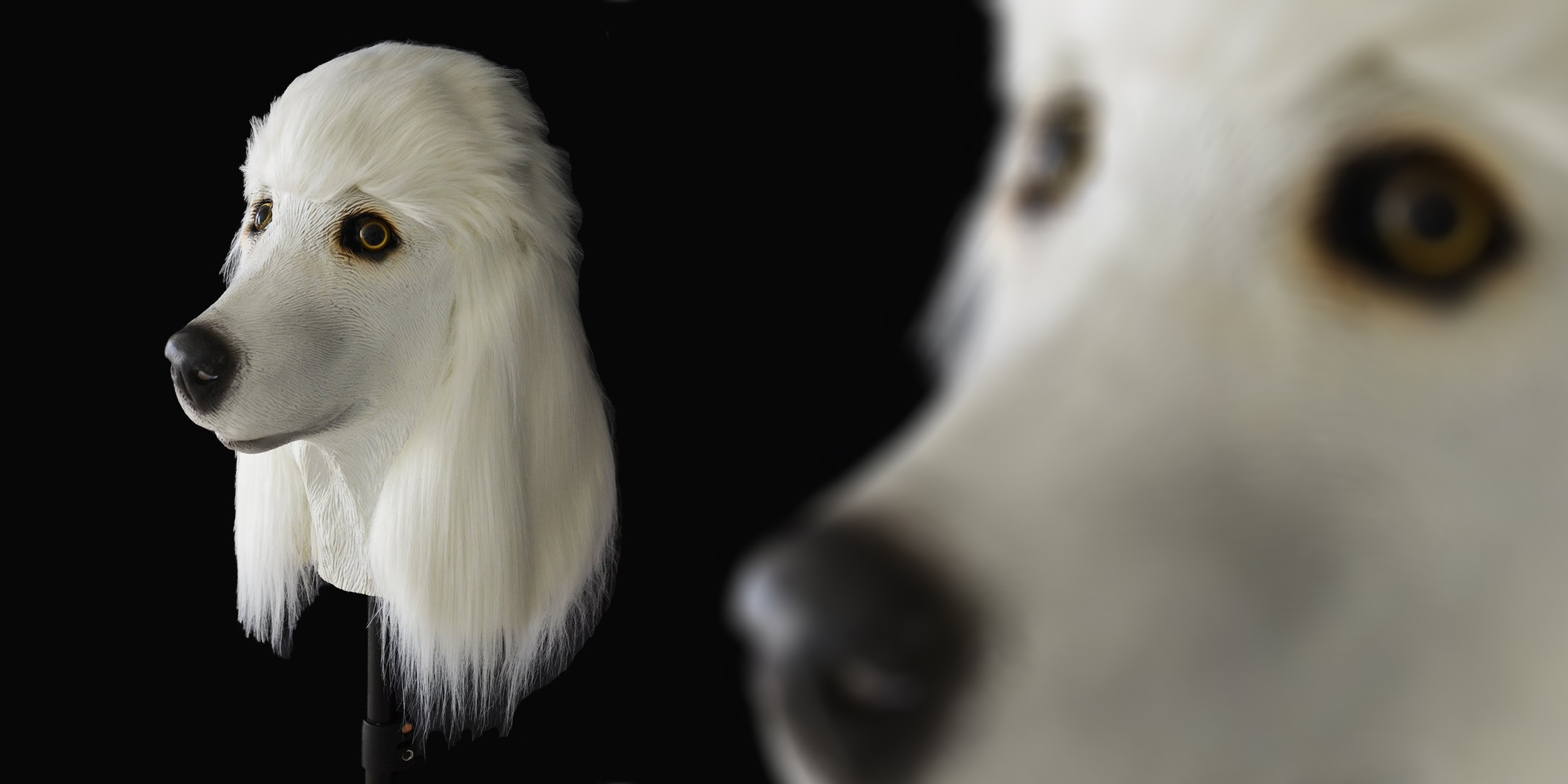 "Sure to stand out at the next party," promises BigMouth Inc.'s advertising copy. "Fits most adult heads." Say hi to Patty The Poodle and her "remarkably detailed" faux fur and skin.

"Clean with soap and water," the product description helpfully adds.

And here's Buck the German Shepherd, so popular that orders are backed up for a week.

Barry the Boxer (right) is, to my eye, not so well-designed, but the unnamed mutt above from Kennel Klub has the look and the most enthusiastic marketing blurb, too.

Well here is your chance!! Slip on this mask and for the first time ever you will think like a dog...or at least look like one.

Freak out a friend, chase a cat, sniff a behind, whatever your heart desires.

To ensure it's the real deal please look for the Off the Wall Toys label.