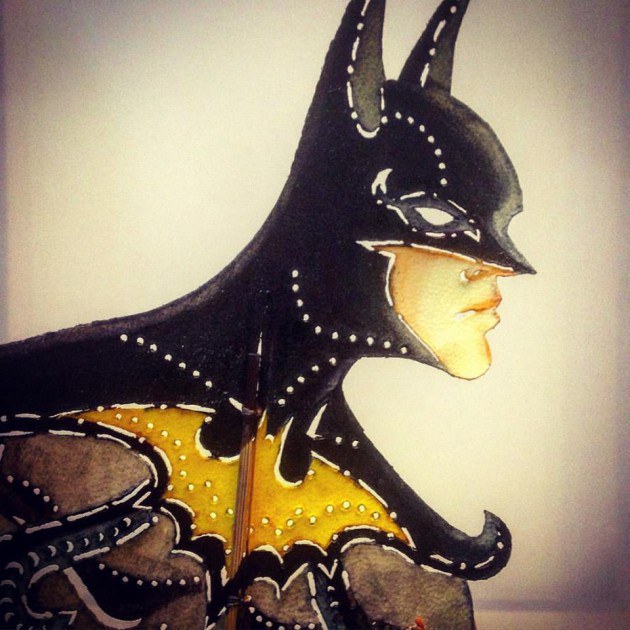 I have no idea what this thread on a Malay web forum is all about, but the depictions of Western superheroes as Wayang Kulit shadow puppets are incredible. It's the work of Fusion Wayang Kulit, per photos in the thread: here's their Facebook page.

Our objective is to revive this Malaysia traditional culture by merging it with fusion element & enhancing it with various multimedia components.

I’ve been writing overly-melodramatic rock n’ roll bangers about comic books with long-ass titles for at least 15 years now. I had thought that I had achieved the pinnacle of this with my band’s upcoming record. Tentatively titled, “A Collection of Songs About Comics Books and Mid-30s Malaise,” it will include a dark synth-pop tune […]