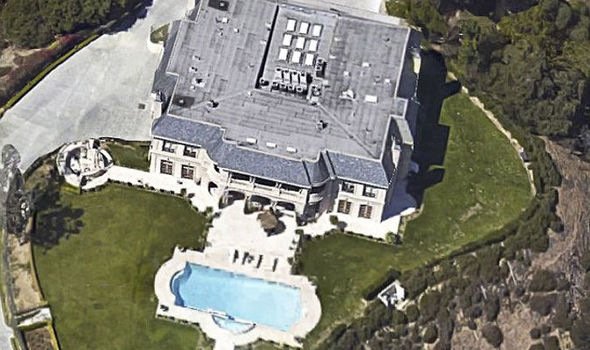 Prosecutors for the county of Los Angeles say they will not file charges against a Saudi prince recently arrested for sexual assault at a gated mansion on the edge of Beverly Hills.

A civil lawsuit filed in L.A. County Superior Court on Sept. 25 says he attacked multiple women inside the home for several days.

Not even a screaming, half-dressed, bloodied and battered houseworker literally climbing an 8-foot wall of his gated compound to escape would suffice. Because that actually happened.

The multiple female workers who told authorities they had been sexually assaulted by the sheik must have been faking it or must have asked for it, and besides, what were these women wearing, and by the way, what was their immigration status?

From Joseph Serna's report for the Los Angeles Times today:

Majed Abdulaziz Al-Saud, 29, was arrested last month after a female worker accused him of trying to force her to perform a sex act on him inside a Beverly Glen residence he was renting, police said. Police alleged there were multiple victims, and within days of Al-Saud’s arrest three women sued him in civil court.

Although prosecutors said there was not enough evidence for felony charges, the case was referred to the L.A. city attorney’s office, which could charge him with a misdemeanor. Officials in that office said they would have to review the case before making any decisions.

Al-Saud has said he was innocent, his attorney Alan Jackson said.

“The allegations against him are false,” Jackson said. “The decision by the D.A.’s office not to file charges shows that the accuser’s stories cannot be substantiated. The sheik is very happy to put it behind him and move on with his life.”

Al-Saud been in Southern California since the arrest, free on $300,000 bail. A court appearance scheduled for Monday didn't happen, because he wasn’t charged, officials told the Times.