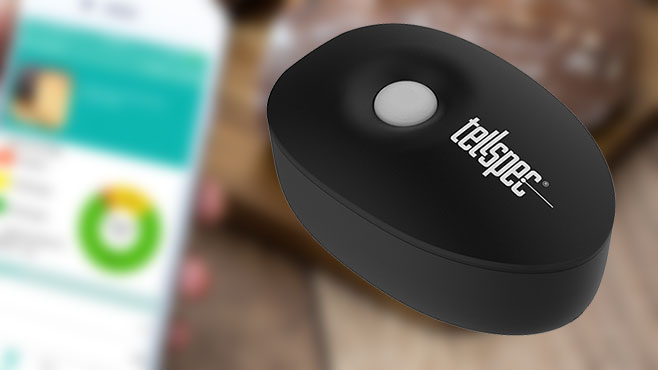 The creators of a crowdfunded food-scanning gadget have threatened to sue Pando Daily after the website reported its failure to deliver the device.

Depicted in a crowdfunding pitch as a keychain-sized scanner that tells the operator the true composition of processed food, Tellspec raised $386,392 in a 2013 indiegogo campaign.

"Our team has created the world’s first consumer handled device able to scan food at a molecular level," the blurb goes, promising to identify calories, macronutrients, allergens, fiber, sugars, and the glycemic index, "with one simple scan."

Its portability and claimed capabilities raised eyebrows, and the creators later admitted that the "model" depicted in the demonstration was not something that would end up in buyer's pockets.

“The device shown in this video is a 3D model representing the future industrial design of the TellSpec scanner,” the company said in a press release, confirming that it was “not a working device.”

But with the original delivery date now blown, even the bulkier version shown in a later video failed to end up in pledgers' kitchen drawers, drawing fire from backers.

In response, Tellspec's CEO, Isabel Hoffman, sent Pando a rambling, typo-strewn letter claiming that legal action would be forthcoming if the site's criticisms were not retracted.

We have sent requests to the editor as well as the past writer to retract the defamation done both on Tellsepc [sic] and my person. … I would appreciate a call or an email so this can be resolved amicable [sic] and without further delay. Tellspec has suffered financial losses due to these articles that claim we are a scam. Please advice [sic] if we can talk before my lawyer contacts you and the editor.

When asked by editor Paul Carr, though, Hoffman apparently would not identify anything specific in the articles that Tellspec found libelous or otherwise in need of correction — a common sign, according to Popehat writer and first amendment lawyer Ken White, that a legal threat is baseless.

You may remember Pando for leading a similar charge against Healbe's GoBe health tracker, another high-tech device whose dubious medical claims were credulously reported upon and which was permitted by Indiegogo to raise huge sums of money. Upon release, Healbe's flagship calorie-counting feature was found to not work as promised.