DHS admits it uses Stingrays for VIPs, vows to sometimes get warrants, stop lying to judges 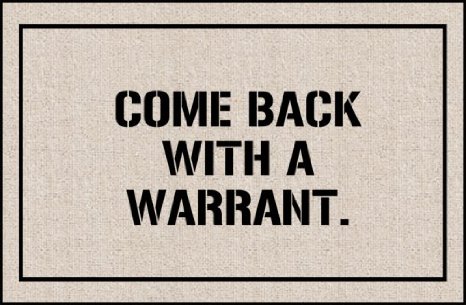 The DHS's newly released policy statement on the use of Stingrays (stationary fake cellphone towers used to track people in a specific location) and Dirt Boxes (airplane-mounted surveillance that tracks whole populations) represents a welcome, if overdue, transparency in the use of cellphone surveillance by federal agencies.

The document comes on the heels of this week's Congressional hearings on cellphone surveillance, in which the DHS finally admitted to the widely suspected practice of using Stingrays to harvest the identity information of every cellphone user in the vicinity of presidential motorcades, diplomatic cars, and other VIPs.

At the same hearing, assistant DHS secretary Seth Stodder gave a carefully worded answer about the capacity of stingrays and dirtboxes in which he implied that they could not and were not used to capture the content or destination of calls, messages and data, but which, when parsed carefully, said nothing of the kind, as Jdale, an astute Ars Technica reader, has pointed out:

Did they ask whether he "could not tell you" because he didn't know or whether it was because he's forbidden by the terms of a non-disclosure agreement?

e
This kind of truth-shading is a hallmark of secret mass surveillance advocates. Notoriously, former NSA director James Clapper told Congress that he wasn't spying on all Americans' phone calls because his agency didn't employ humans to manually review every single one of the records it harvested of virtually every phone call placed in America.

The policy also promises to end the practice of lying to the court about cellular surveillance, a practice stemming from the DHS's previous refusal to publicly disclose cellular surveillance under any circumstances. This is the policy that resulted in federal agents raiding a Florida police station and stealing its Stingray records before they could be entered into evidence in a trial.

"The biggest problem is that it doesn’t always require the government to get a warrant, or delete the data of innocent bystanders swept up in the electronic dragnet," Neema Singh Guliani, an attorney with the American Civil Liberties Union, said in a statement.

"The guidance excludes the protections it does have when DHS uses a stingray outside criminal investigations, like when it monitors protests or patrols border areas, which the government says extends 100 miles into the United States. The guidance also doesn’t apply to state and local agencies that receive money from DHS to buy these devices, which is essential because police are using them more and more."

Sen. Patrick Leahy (D-Vermont), the ranking member on the Senate Judiciary Committee, said in a statement he was equally concerned by the exceptions that DHS believes it has.

"I am disappointed that DHS has included the same problematic exception to the warrant requirement that is in the Justice Department’s policy," he said.

"Additionally, this policy is limited to criminal investigations, and it is not clear what rules will apply to any use of cell-site simulators for other DHS missions. We must ensure stronger protections for the privacy rights of innocent Americans who are not the targets of an investigation."

DHS now needs warrant for stingray use, but not when protecting president
[Cyrus Farivar/Ars Technica]


(Image: Come Back With a Warrant doormat)