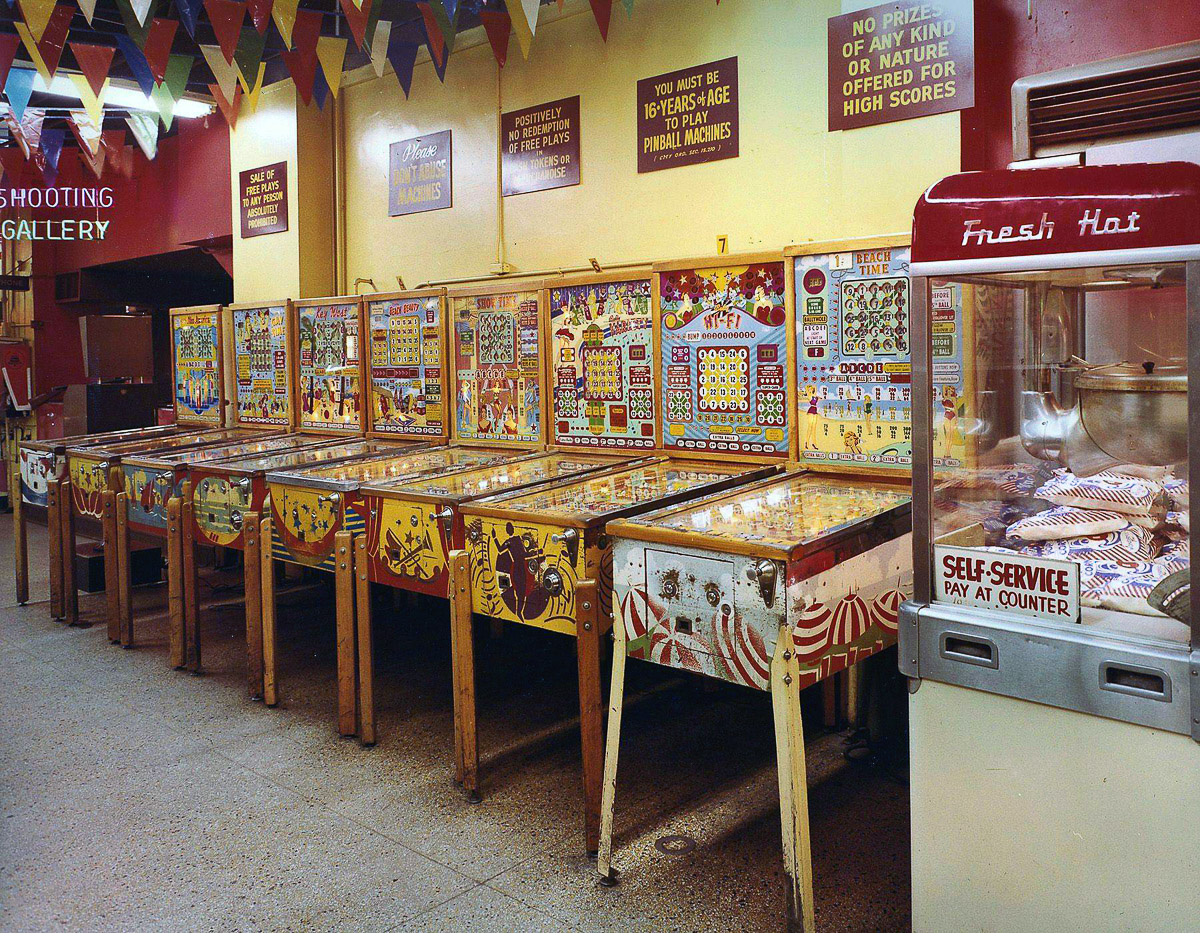 Alex Q. Arbuckle of Retronaut published this gallery of 1968 photos of the Wonderland Arcade in Kansas City, Missouri.

ETA Prime demonstrates an Android-based virtual pinball machine made by Sharpin. It looks really cool, but I don’t think it allows for nudging, which seems like an essential part of the pinball experience.

Michael Schiess is the founder of the Pacific Pinball Museum in Alameda, California where he cares for nearly 2,000 pinball machines from across time. Schiess’s mission in life? “To inspire an interest in science, art and history through pinball, and to preserve and promote this important part of American culture.”

In this Vox video, pinball legend Roger Sharpe explains that playing the game isn’t random and shares how players can manipulate the balls to their advantage. Going into the video, I felt a little bit like, “What are things old people already knew, Alec?” but ended up learning some things. Never too old, I guess. […]