Real stories of psychiatric support dogs, and the people who rely on them 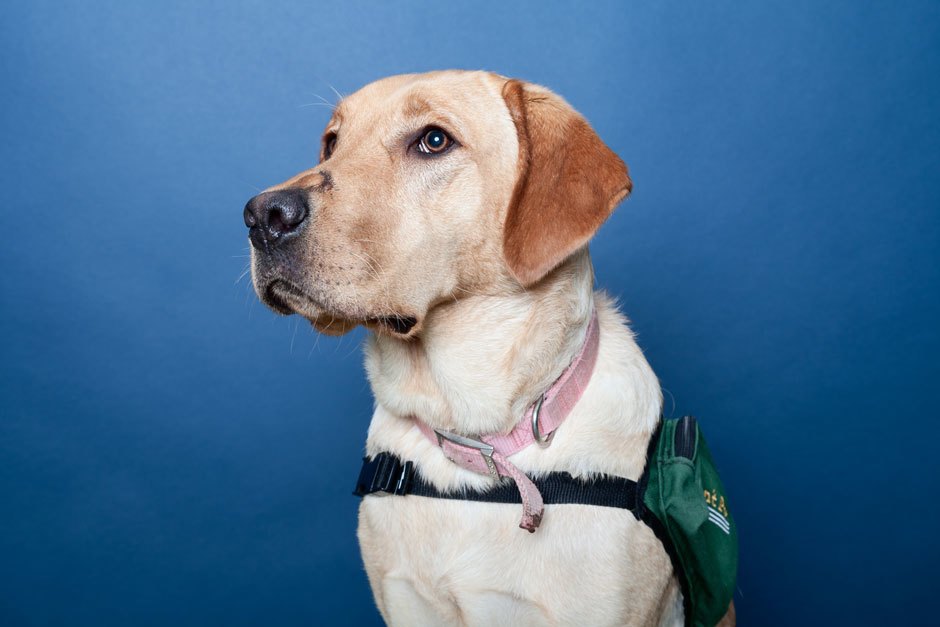 Hopes&Fears has a beautiful feature up today on the lives of service dogs for people with psychiatric disabilities and mental illnesses.

The dogs play a complex role in society, and in the struggle people with those conditions face -- one of the greatest of which is to be treated with respect, and like people with a real medical need.

The proliferation of phony "emotional support dog" tags online doesn't make that any easier. In the Hopes&Fears piece, meet the trainers of some of these working canine companions who deal with the nuanced needs of people with PTSD and other "invisible" disabilities.

A terrific piece by Mike Sheffield, with stunning photographs by Maggie Shannon.

"Inside the misunderstood world of psychiatric service dogs" [hopesandfears.com, thanks RJCJR!]

As many parts of the United States have seen huge upticks in spontaneous evening fireworks, one anxiety-filled dog has finally had enough in this cute Late Show cold open.

“This is my dog, belly-flopping from a dock.”