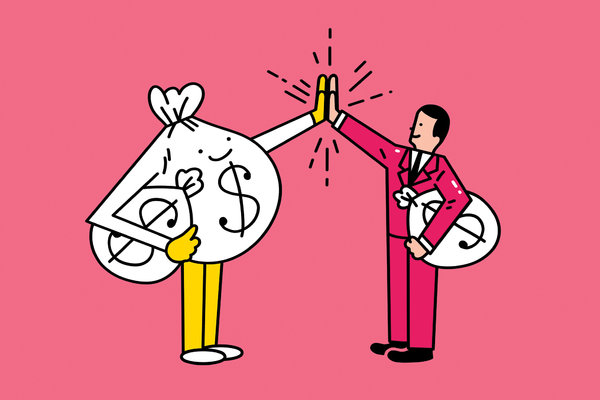 Litigation finance (AKA champerty) is the practice of investing in other peoples' lawsuits, with the expectation that you will share in any court awards or settlements should your side win the case.

There's a lot to like about champerty. As predatory capitalism shows no sign of slowing, the widening wealth gap has let a class of looters rip off the fragile middle class and the vast cohort of working poor people to amass titanic fortunes. These firms operate with legal impunity, thanks to their victims' lack of funds with which to pursue justice.

The rights of those victims still exist, on paper. Champerty allows a new class of investors to play jackal to the predators' lion, stealing back their huge kills. It doesn't leave the victims any better off, for the most part -- you've still had your house stolen by a robo-signer or your life destroyed by illegal debt collection practices -- but it does create a countervailing force and the proposition of bankruptcy that might scare off the worse offenders.

This is far from perfect. I talked it over this morning with a human rights lawyer who pointed out that the courts are already so clogged that many people who are enmeshed in the criminal justice system can't get a fair hearing. Overwhelming those same courts with billionaire-vs-billionaire kaiju battles will make this much worse.

But the Chamber of Commerce hates it, and their reasons for hating it boil down to, "This makes it too easy for normal humans to get redress from titanic corporations," and that feels like a good reason to like it, at least a little.

Larry Lessig talks about fights being fought on four fronts: markets, code, law and norms. This is a good market-based intervention in this problem, but there needs to be legislative reform and other reforms as well if justice is to be had.

Despite the hypercapitalist spirit of its rise, litigation finance actually has its roots in antiquity. According to Max Radin, a historian of ancient city-states, members of Athenian political clubs would back each other in lawsuits against their rivals. Apollodorus, a wealthy banker’s son, bought shares of lawsuits and hired professional orators — some of the earliest lawyers in Western history — to write his court speeches. The Romans tolerated the practice in some cases until the sixth century, when it was banned by Emperor Anastasius. The Roman taboo on litigation finance, Radin writes, sprang from the idea that ‘‘a controversy properly concerned only the persons actually involved in the original transaction,’’ not self-interested meddlers. In medieval England, litigants could hire ‘‘champions’’ to represent them in ‘‘trial by battle.’’ By the late 13th century, these strongmen were being compared to prostitutes, and their prevalence hastened the movement of dispute resolution to the courtroom. During the Middle Ages, this concept of ‘‘champerty’’ — assisting another person’s lawsuit in exchange for a share of the proceeds — emerged as part of the larger ecclesiastical taboo against usury. Though the word was associated with feudal land grabs, Radin notes that in practice, champerty was used by rich lawyers ‘‘on behalf of propertied defendants.’’ In 1787, Jeremy Bentham, the political philosopher, mocked prohibitions on champerty as a holdover from feudal days, where courts were beholden to ‘‘the sword of a baron, stalking into court with a rabble of retainers at his heels.’’

Nevertheless, a vestigial squeamishness about investing in lawsuits made its way across the Atlantic. The first such disputes, early in the 20th century, were over contingency fees, the practice, now common, of lawyers taking on a case in exchange for a percentage of future damages. Unlike England, which still caps fees for winning solicitors, America was open to this kind of payment structure, in keeping with its frontier ethic toward credit and speculation. Twenty-eight states now explicitly permit champerty, as long as funders do not act out of malice, back frivolous lawsuits or exert too much control over trial strategy.

Should You Be Allowed to Invest in a Lawsuit? [Mattathias Schwartz]