In Mexico, police find 4 severed heads in coolers with “Happy Day of the Dead” note 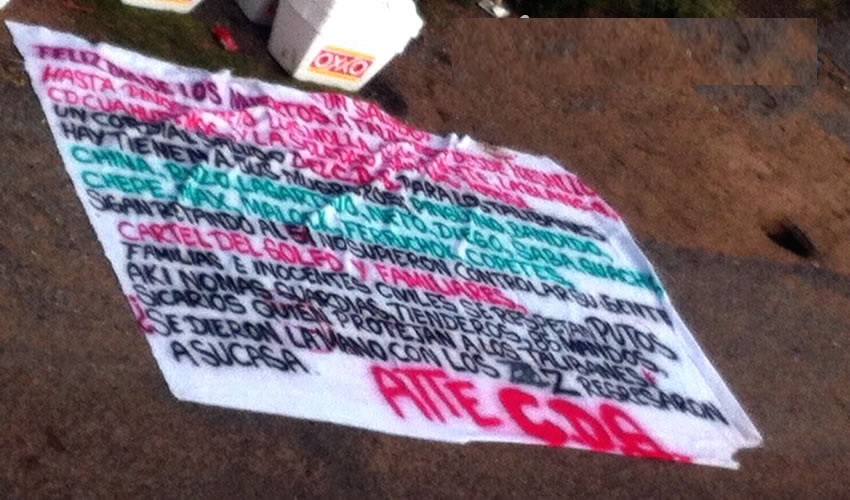 In the Mexican state of Zacatecas, authorities announced today they have found the severed heads of four men. The heads were left in Styrofoam coolers, along with gang messages that appear to have been written by members of one drug cartel, directed at a rival cartel.

An official of the Zacatecas state prosecutor’s office said the heads were found packed in ice on a roadside Monday, along with hand-written signs. He spoke on condition of anonymity because he wasn’t authorized to be quoted by name.

“These are the kind of messages that drug cartels leave for other gangs ... as part of their disputes,” the official said.

Photos show the letters “CDG” written on the coolers, and the words “Welcome to Hell.” This references Mexico's Gulf Cartel. The area in which the crime took place was previously dominated by the notorious Zetas cartel, which drew on the ranks of Guatemala's elite Kaibil soldiers after Guatemala's 36-year civil war ended.

A map showing the location of the gruesome discovery.