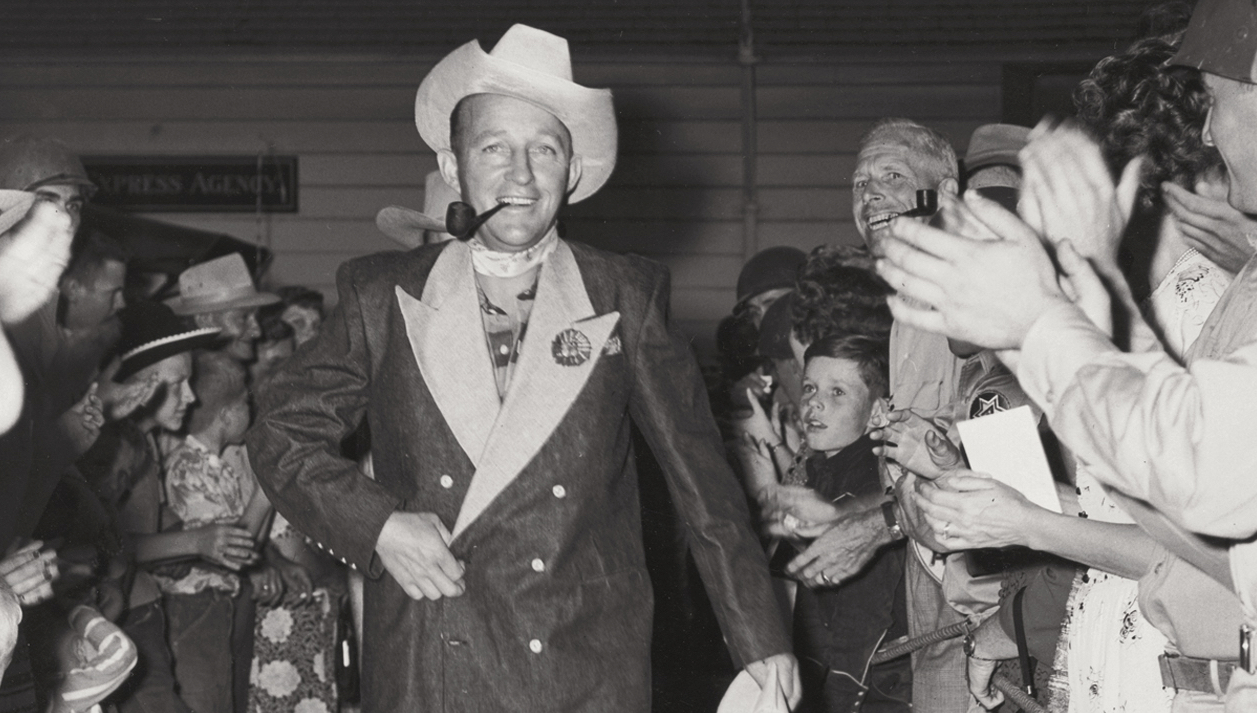 I've been known to sport a denim jacket and bluejeans with some regularity, making me the butt of my chums' "Canadian Tuxedo" barbs. Yet I never knew the origin of that phrase until now! Turns out that its origins may go much further back than the 2001 film "Super Troopers" that certainly fueled the phrase's popularity. According to Levi's:

In 1951, the world famous American crooner Bing Crosby was denied entrance into a Canadian hotel because he and his friend were dressed completely in denim. Although the Hotel management eventually recognized Bing and made an exception because of who he was, the story of the incident traveled fast. Friends of his back home contacted Levi Strauss and Co. and the designers immediately developed a custom denim tuxedo jacket for Bing so that he would never have problems wearing Levi’s Jeans, even in fancy establishments.
It was made of the sturdy denim used for 501 Jeans, and decorated with a lovely corsage of Red Tabs, held onto the lapel with a cluster of shiny copper rivets.

Inside the jacket was a huge leather patch printed with a “Notice to All Hotel Men” stating that denim is a
perfectly appropriate fabric and anyone wearing it should be allowed entrance into the finest hotels.

LS&Co presented the jacket to Bing at the 1951 Silver State Stampede in Elko, Nevada where he was honorary mayor. He was so tickled with the tux that he wore it to many press appearances for his next film, “Here Comes the Groom.” The original jacket, as well as one made for the town’s mayor, is in the Northeastern Nevada Museum in Elko.