Shanghai Disneyland: "Ignite the magical dream within your heart" 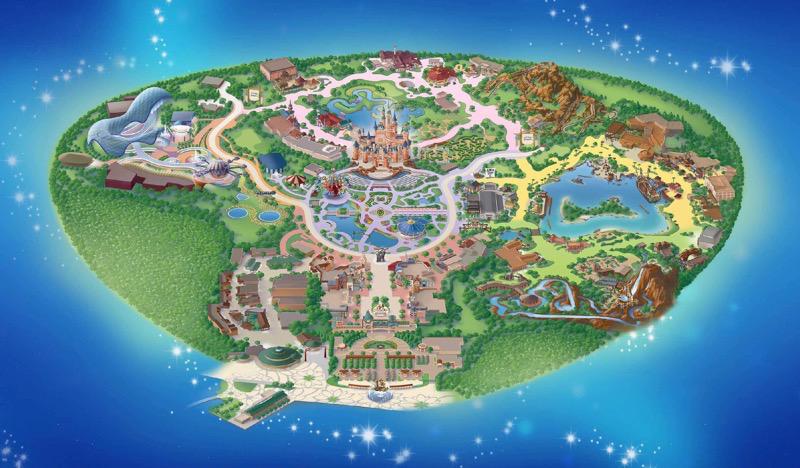 Shanghai Disneyland: "Ignite the magical dream within your heart"

The Walt Disney company has been trying to extend its reach into China for years. After the years of sputtering trying to get Hong Kong Disneyland on its feet, they built three more lands in the last few years and visitors are starting to come. But that’s nothing compared to the Disneyland they’re building in Shanghai, which is an enormous park with many attractions that are unique to it and have piqued the interest of Disney theme park fans all around the world.

Now, thanks to my friend Alain Littaye over at his swell Disney and More Blogspot I can tell you a lot about Shanghai Disneyland, whose animated map has just gone live on line here. While the site is not yet fully functional, it will whet your appetite!

Divided into seven “lands,” Shanghai Disneyland will open with a full day of attractions (unlike most Disney parks build in the last 25 years). Rumor has it that the Chinese government has closed over 100 factories in the immediate Shanghai area to eliminate the hideous gray throat-burning haze one encounters in Beijing, for example.

Guests will first encounter Mickey Avenue, which takes the place of the usual “Main Street U.S.A.” Filled with shops and character meet-and-greets, this is a new style of entrance for a Disney park.

A nod to the Chinese host country takes place in the new land Gardens of Imagination, which boasts seven “whimsical gardens,” as well as a carousel themed to the film Fantasia, a Dumbo spinning ride, as well as serving as the “hub” (a term Disney folks call that round spot in front of the castle from which paths to the other lands emanate). In this case, the hub is also the spot from which to view the castle stage and light show “Ignite the Dream, a Nighttime Spectacular of Magic and Light,” as well as the nightly fireworks. A new parade titled “Mickey’s Storybook Express” will also make its way through the park via the hub.

Fantasyland will include Enchanted Storybook Castle with “Voyage to the Crystal Grotto,” a boat ride behind the castle through three-dimensional scenes from various Disney films, culminating in a wondrous special-effects laden trip through uncharted magic inside the castle. This land will also include the “Seven Dwarfs Mine Train,” “Peter Pan’s Flight,” a Winnie the Pooh spinning honey pots ride and an Alice in Wonderland maze.

Adventure Isle takes the place of Adventureland in Shanghai, and boasts a new attraction based on the superb raft ride “Grizzly River Run” currently in Disney California Adventure, but the new “Roaring Mountain” in Shanghai also adds dinosaurs to the mix. Another new attraction is “Camp Discovery,” which will allow the strong of limb to climb all over the place on rickety scaffolding on the mountain side while wearing vests strapped to safety lines. In addition, the long awaited new version of one of Walt Disney Imagineering’s best rides, “Soarin’ Over California,” will debut as “Soaring Over the Horizon” in which you will fly over the landmarks of the world.

Treasure Cove was originally designed for Hong Kong Disneyland, but reportedly nixed by Disney’s local partners in the Hong Kong government. It will feature an entirely new version of the classic “Pirates of the Caribbean” ride that is based directly on the film series, titled “Pirates of the Caribbean: Battle for the Sunken Treasure.” Tests for the film-based technology used in this attraction were done at Disney’s Hollywood Studios in Walt Disney World in an attraction which featured Johnny Depp appearing on the bow of the Black Pearl. Even though you wore no 3D glasses, the filmed image had dimension and bodes well for this new experience, which will also feature physical effects and Disney’s signature Audio-Animatronic Robots. The more hearty among you will also be able to paddle around in this park’s version of the “Indian War Canoes” that have been at the original Disneyland since opening day in 1955.

Tomorrowland will include a new and enhanced version of “Buzz Lighter’s Astro Blasters” (so popular at Disney parks around the world) called “Buzz Lightyear Planet Rescue.” Rather than the “Astro Jets” or “Orbitron” spinner rides at other Disney parks, Shanghai will feature a similar ride system where the passengers are strapped into “jet packs” with their arms and legs dangling. “Stitch Encounter,” in which guests interact with a cartoon Stitch, is identical in all but theme to “Turtle Talk with Crush.” Both of these inexpensive attractions, which are already in Disney parks worldwide, are highly popular with children because the characters respond to them in real time, use their names, etc. The centerpiece of Tomorrowland will be the “Tron Lightcycle Power Run,” which takes the place of the classic “Space Mountain.” In this destined-to-be classic attraction, passengers sit in the famous light cycles from the movie Tron and zip around at high speed both inside and outside the attraction building through—I assume—the world of “Tron.” Those folks who’ve gone on the rejiggered version of “Test Track” in Walt Disney World will have an idea what awaits them inside the show building, though in Shanghai the ride system will be completely new.

There’s lots more in the park including shows and numerous restaurants and shops, plus two new hotels and a man-made lake. The Walt Disney Company appears poised to begin construction of a second park and additional hotels right next to Shanghai Disneyland if attendance is up to expectations.

While the park was supposed to open this year, if you head over to the Disney and More Blogspot and look at the recent aerial shots taken by an ambitious Disney nut with a drone, it appears likely that they are still three-quarters of a year away from opening. I do know one thing … I’ll be there. And that thought makes me happy … even if it means summer in Shanghai.