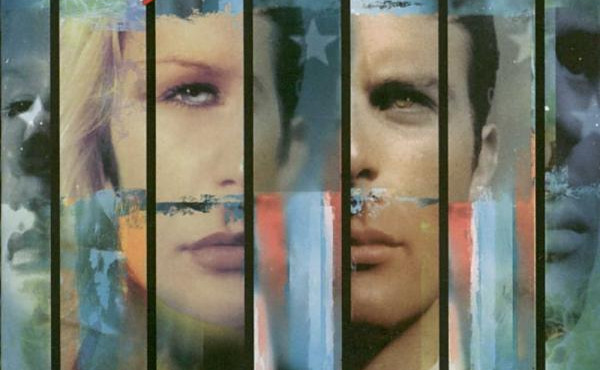 Science fiction may not predict the future reliably, but sometimes, the ability of writers to pick up on the hidden, latent futuristic present proves to be remarkably prescient. Two of my favorite novels from the late 20th century were not only amazingly great reads, but they also presented enormous insight into the future of data-driven, finance-dominated, networked political campaigning. If you want to understand the 2016 election, these are the next two books you should read.

The two books are Interface, which was published by Neal Stephenson and his uncle J. Frederick George in 1998; and Distraction, Bruce Sterling's 1999 masterpiece. Both were clearly inspired by the 1998 midterms and the runup to the 2000 election, and both were years ahead of their time.

I've reviewed both of these here before: here's my 2007 appreciation of Interface; and here's my 2008 essay on Distraction. With the 2016 election cycle in full, chaotic, circus-like swing, I've edited both; you'll find them below.

This is one of those books that you return to again and again and find something new to like about each time. Bruce Sterling once told me that a technothriller is a "science fiction novel with the President in it," and Interface fits that bill. It's a novel about a lovable, no-bullshit governor of Illinois who suffers a stroke on the eve of the State of the Union address in which a feckless President announces that he is capping the amount of the budget that can go to servicing the national debt. This motivates The Network, a shadowy cartel of financial interests who control most of that debt, to buy the presidency, after installing some interesting neural interface hardware into the governor's head.

This is probably Stephenson's most tightly plotted book -- the kind of thing that proves that the sprawling, sometimes messy plots of books like Snow Crash are deliberate, not an accident or mistake. Like Cryptonomicon, the book is chock full of brilliant, memorable set pieces -- if you liked the Cryptonomicon exegesis on eating Cap'n Crunch cereal, you will love this book.

And like Cryptonomicon and the System of the World trilogy, this book makes you feel like Stephenson is tapped into some of the Big Secrets of how the levers of power work in the world, the mysterious underpinnings of finance, history, and human relationships laid out there for us to see.

I keep losing days I can't afford to this book. This last reading was probably my tenth go at it, and there were whole passages I found myself remembering verbatim, warmly, fondly (did I mention how wonderfully written this book is, on a sentence-by-sentence level? It's like the glibbest, funniest raconteur you ever met, unspooling in virtuoso form for 650 pages).

I'm really glad that this thing is still in print -- especially since that means I can now recommend it to all of you. Be prepared to lose a day or two to it.

Every time I re-read all 500-some pages of Distraction, I find myself unable to put it out of my mind; my subsconscious is a-whirl with the incredible ideas, people and speculation in this remarkable, remarkable book.

Distraction is the story of an America on the skids: economy in tatters, dollar collapsed, unemployment spiked, population on the move in great, restless herds bound together with networks and bootleg phones. The action revolves around Oscar Valparaiso, a one-of-a-kind political operator who has just put his man -- a billionaire sustainable architecture freak -- into the Senate and is looking for some downtime. But a funny thing happens on the way to the R&R: Oscar and his "krewe" (the feudal entourage who trail after him, looking after his clothes, research, security, systems and so on) end up embroiled in a complex piece of political theater, a media war between the rogue governor of the drowned state of Louisiana, the Air Force, the newly elected president, and a weird, pork-barrel science park in its own glassed-in dome.

Every single chapter -- every one! -- has at least enough material for five great speculative short stories. From the net-gang hobos (and their remarkable, cellular-automata driven fleamarkets) to the weird economic boom in cognition research, to the idea of leisure unions and anti-work activist techno-triumphalists, this book fizzes with awesome ideas.

But that's only one of its three signal virtues. The other two are: the insight Sterling brings to the nature of politics and the political process in the age of networked economies and systems; and the vivid, larger-than-life characters who populate this book. They are, to a one, likable, frustrating, believable, admirable and enraging.

It's a powerful concoction, this book, and now, ten years after its initial publication, it's possible to asses just how prescient, how visionary, Sterling is. I love all of Bruce's books, but this one may just be my favorite. It's the kind of friend you end up staying up all night chatting with, even when all you plan on doing is saying a quick hello.