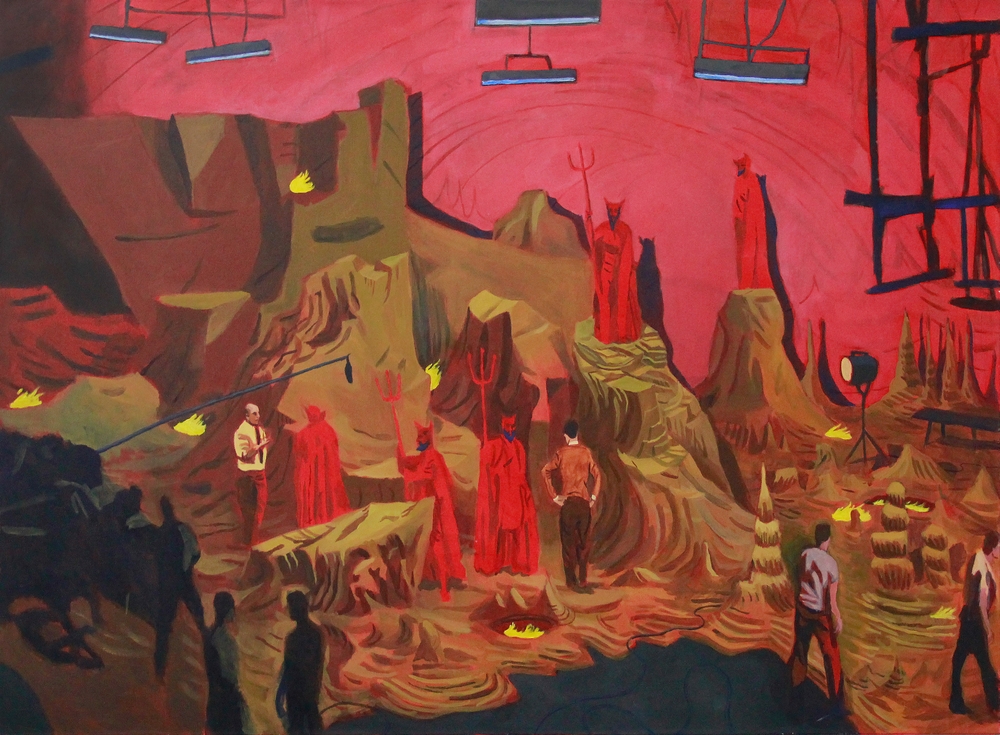 A few weeks ago I was on a plane flying to Oakland and the guy sitting next to recognized me. He told me he liked Boing Boing and, after chatting with him for a while, I learned that his name is Woodrow White and that he's the son of cartoonist Mimi Pond and painter Wayne White. I'm a big fan of both his parents, and in fact I interviewed Mimi for an episode of Gweek.

Woodrow is an excellent artist himself, and he told me I could feature some of his work here on Boing Boing. Enjoy!