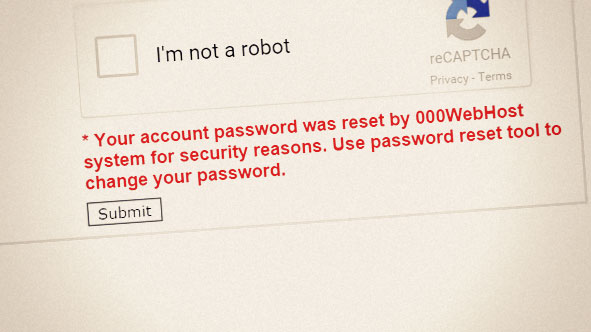 The web-hosting service 000Webhost stored user passwords as plain text. We know this because 13 million of them were exposed in a five-month old hack whose consequences are only now becoming clear.

In a Facebook post published Wednesday morning, 000Webhost officials confirmed the breach and said it was the result of hackers who exploited an old version of the PHP programming language to gain access to 000Webhost systems. The advisory makes no reference to the plaintext passwords, although it does advise users to change their credentials. Hunt has also encountered evidence the breach may extend to other Web hosting providers, presumably because of partnerships they had with 000Webhost.

Hunt uncovered a variety of weaknesses, including the use of unencrypted HTTP communications on the login page and a code routine that placed a user's plaintext password in the resulting URL. That means the unobfuscated passwords were likely written to all kinds of administer logs. It's also possible that the site didn't follow standard industry practices and cryptographically hash the passwords when storing them. In any event, the data may have been accessed by executing a SQL injection exploit or other common website attack or by an insider with privileged access to the 000Webhost system.

000Webhost users should be on the alert for fraud. And if they used the same password anywhere else, reset it there, too.