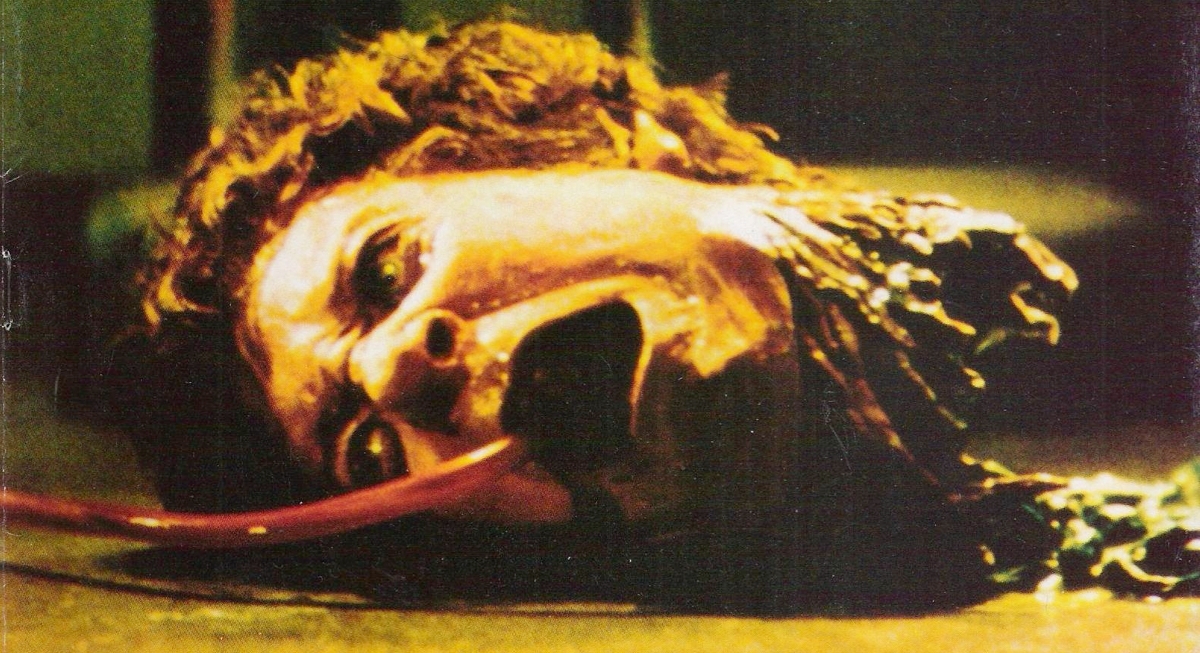 Halloween is almost upon us; apropos of the season, here’s a tale of terror in a Manhattan movie theater, and a horror film that changed cinema.

Living in New York City in my 20s, I was one of those geeks who saw a helluva lot of movies on opening day, back when you had to wait in line for an hour in order to make sure you actually got into the theater. Benefits? I saw the cut scene at the end of The Shining where Shelly Duval is in the hospital; saw Heaven’s Gate twice at its full length before it got the chop; saw At Long Last Love before it got the chop; and so on.

As an aside, I saw E.T. on opening day on June 11, 1982. Yuck … thought it was a bucket of emotional diarrhea for kids. A genuinely awful movie that was beloved by many, and why that is so remains a complete mystery to me, even today. It’s just bleh.

Also saw lots of films previewed before they were released, including a completely different cut of Capricorn One that was almost an hour longer than the final edit. These types of previews were always “blind” — you never knew what film you were going to see. However, the rumor got around that a new film by John Carpenter was going to preview at the Kips Bay Cinema on Second Avenue at midnight on June 24, 1982. Before the Internet, there were only rumors, but the dedicated knew it was a pretty good bet that it was going to be his remake of John Campbell’s novella Who Goes There? previously filmed — and deemed a classic — by Howard Hawks as The Thing from Another World. (I know that the film lists Christian Nyby as director, but I don’t believe it.)

So, standing online outside the Kips Bay for about two hours, there was great anticipation. Sometimes these “sneak peeks” turned out to be films that were so bad they never got released. I saw one of these at the Sutton Place theater on 57th street; the only thing I remember is that Mel Tormé came in after the lights went down and sat next to me.

The Howling and American Werewolf in London had come out the preceding year, and both seemingly broke new ground in showing visible transformations with skin stretching and breaking apart, the work of Rob Bottin and Rick Baker. Actually visible transformations from man to monster were seen in cinema back in 1931 when Freddie March (the only artist to win an Oscar for Best Actor in a horror film until Anthony Hopkins in 1991’s Silence of the Lambs) visibly “morphed” from Dr. Jekyll into Mr. Hyde by using various colors of makeup that appeared to change when filters were applied to the lens of the camera. It was amazing then and still equally so now.

But “now” in 1981 meant more, and both werewolf movies showed audiences monstrous transformations of a type never before seen. But in their own way they were conventional, and expected as part of the narrative in a movie about werewolves. The Thing was something entirely different.

Midnight on June 24 and we’re all sitting in the theater. It’s a little warm and damp (the Kips Bay didn’t have the best air-conditioning). The Thing starts. It had been 9 years since The Exorcist scared the living shit out of audiences in New York and sent people fleeing into the street. Really … up the aisle and out the door at full gallop.

You would think that people had calmed down a bit since then.

The tone of The Thing is one of isolation and dread from the moment it starts. By the time our guys go to the Norwegian outpost and find a monstrous steaming corpse with two merged faces pulling in opposite directions the audience is shifting in their seats. Next comes the dog that splits open with bloody tentacles flying in all directions. The women are covering their eyes.

And then it got even better.

Since the “thing” can transmute itself into any type of being, Norris’s head starts stretching and eventually tears itself off his body before lowering itself to the floor by its tongue. Then spider legs sprout out of the head (along with a pair of eyes) and it scampers away. There was pandemonium in the theater—you can’t imagine the screaming, and then someone vomited, followed by several others as the smell started wafting through the theater. People ran for the doors.

Many of us stayed dead still like our asses were nailed to the seats, slack-jawed. Exactly what you want from a horror film.

And the movie got better still.

Except that it was a failure at the box office and attacked by the critics. Much like Blade Runner (ironically released on the same day), time has been kind to The Thing and it is now recognized for the morbid masterpiece of wretched existential horror that it is.

Nothing to feel good about here, folks.

And the greatest thing of all is that no one expected it. The trailers gave little away in advance and it showed us things which no one had seen before. There was genuine terror in the theater that night. Social media, YouTube, and bit torrent sites have robbed us of the overwhelming terror of the unexpected.

Why am I telling you this, aside from the fact that, like Coleridge’s Ancient Mariner I am doomed to repeat the vomit-tainted tale? Because on Halloween you really must turn off your cellphone after the trick or treaters have gone, let’s say about 10 pm, and pop in the blu-ray of The Thing and watch it in hi-def on your TV. Turn off all the lights and turn up the sound.

No pee breaks. No pausing for snacks. No conversation. Just keep your ass nailed to the couch if you can … it’s worth it.