How Jared Fogle lured child sexual abuse victims, in his own words 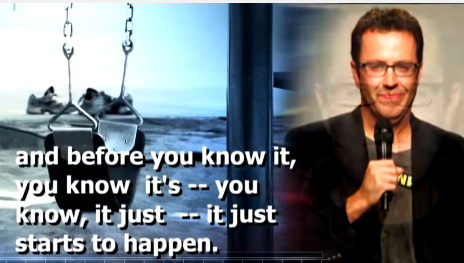 It takes a television host as gross as Dr. Phil to air this stuff, but hey, hang on to the link in case there are any Jared Fogle truthers you want to impress on the internet.

These are the audio recordings that former journalist Rochelle Herman-Walrond recorded with the ex-Subway spokesman, over a period of years. Extra grossout points to to the Dr. Phil Show for calling this a “sex scandal.” Raping children isn't exactly the same as a “sex scandal,” in my book.

The content of the tapes may be informative for people who want to understand how sexual predators think. Grooming “the girl from the broken home” was a tactic that was effective on me when I was a kid. I know many of our readers can relate.