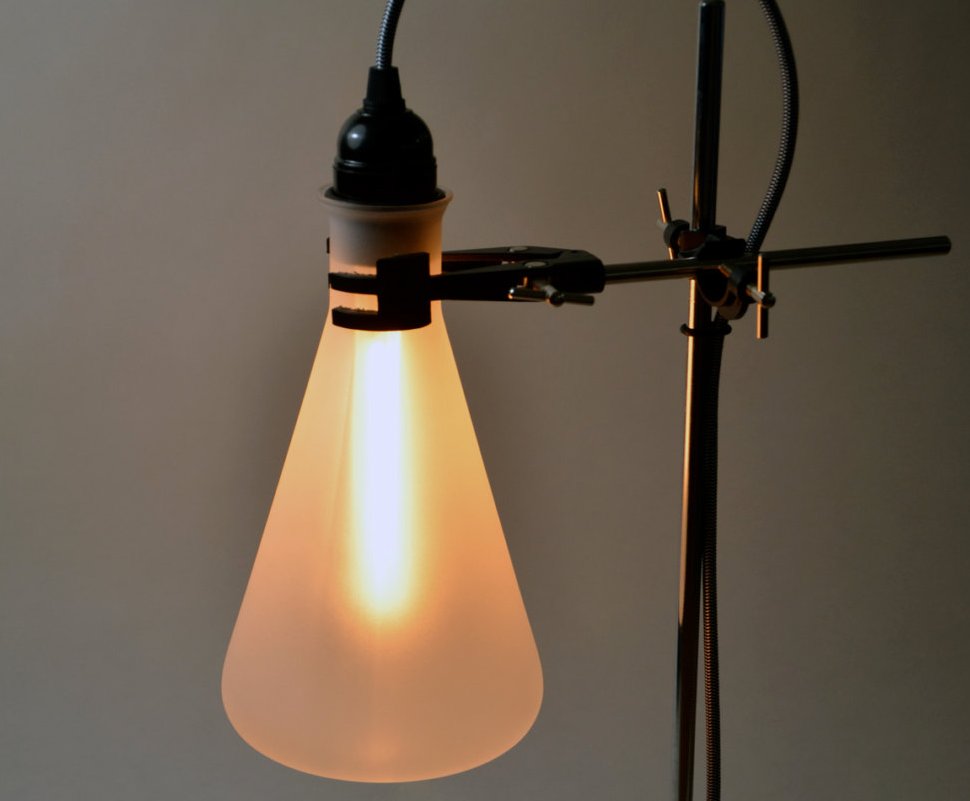 Available in Conical and Round, these designs won my heart with their clever use of retort stands and sandblasted lab glass; love the fabric-sleeved power-cable too (available in four colors!). The £165; price-tag is admittedly steep, though.