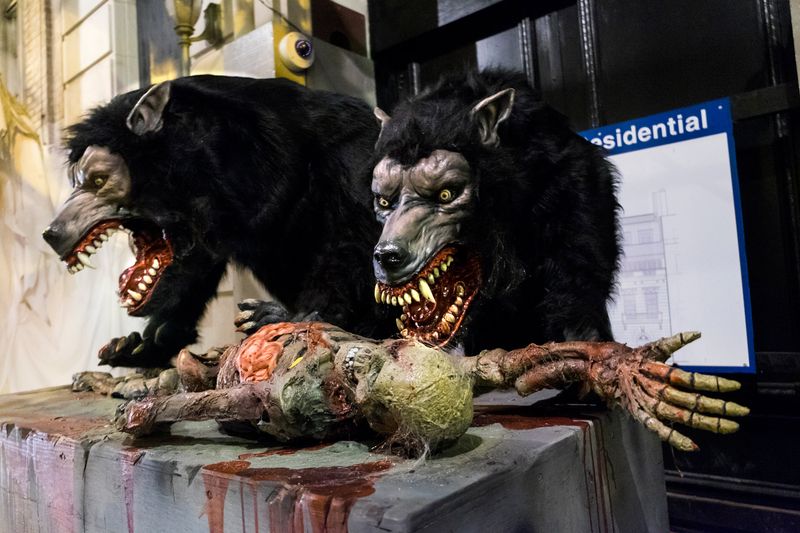 The New York Times's slideshow of the Hallowe'en displays of hedge-fund managers and other NYC oligarchs has some pretty impressive haunts, though nothing that justifies the socially corrosive effect of out-of-control wealth gaps. (Photo: Christian Hansen) (via 3 Quarks Daily)