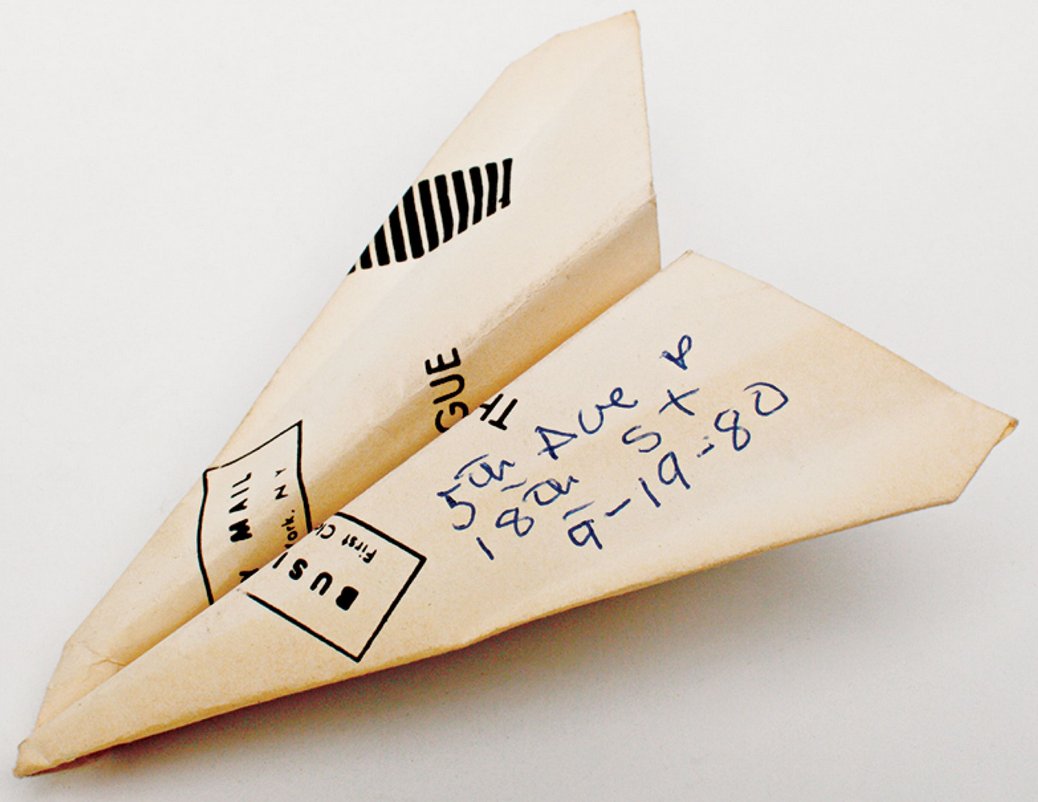 h
Brian writes, "Avant-garde film maker and producer of the highly influential Anthology of American Folk Music series Harry Smith was also an avid collector of folk art. This book compiles some 251 paper airplanes Smith collected from off the streets of New York City, along with the date and location at which they were recovered. It's a really beautiful collection."

The New Yorker ran a fantastic article about Smith's airplane in September. The planes are beautifully shot by Jason Fulford and the photos are also available as a set of prints.

The “samples,” as Smith called the planes, are delightfully varied. The papers are intriguing—scraps and junk mail bear the fingerprints of history, in fonts, colors, and patterns. But what reportedly attracted Smith was the variety of constructions. A friend recalled him observing that there were trends in the designs, ways of folding that would become prevalent and then disappear, only to have a resurgence years later. An airplane could also be a manifestation of its creator’s past—in addition to finding planes in the street, Smith would ask friends and visitors to show him how they used to make paper airplanes when they were children. Some of the planes are sharp and speedy-looking, while others spread out like tablecloths. There’s a little yellow one that looks like a skittish moth. It’s impossible not to look at some of the designs and think: the planes I made as a kid would fly better than that. Many of the airplanes have writing on them by Smith, noting the location where they were found. These pieces of sculptural ephemera are artifacts of childhoods, and also of the eccentric and eager collector who sought to preserve them.♦