The scientist who transplanted monkey heads 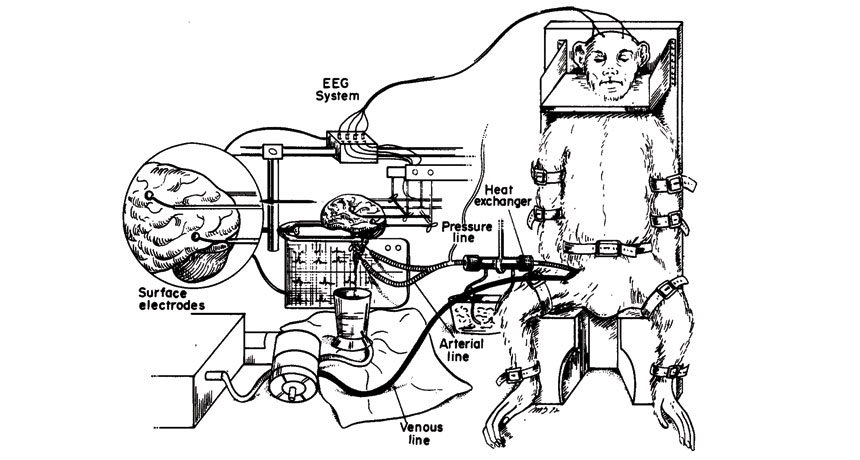 You've likely read about Italian physician Dr. Sergio Canavero's plan to perform the first human head transplant? There is precedent with non-humans and it ain't pretty. In 1965, Dr. Robert J. White and his colleagues at Cleveland Metropolitan General Hospital transplanted the brain of one dog to another. "The transplant … acted as a second brain in the animal’s neck," according to Science News Letter. In the 1970s, White continued his experiments by transplanting rhesus monkeys' head onto other monkeys' bodies. (See the diagram above.)

Below, a special edition of The Midnight Archive profiles White, discusses similar research in Russia at the time, and touches on the ethical questions around these experiments. (Warning: this video is rather graphic.)