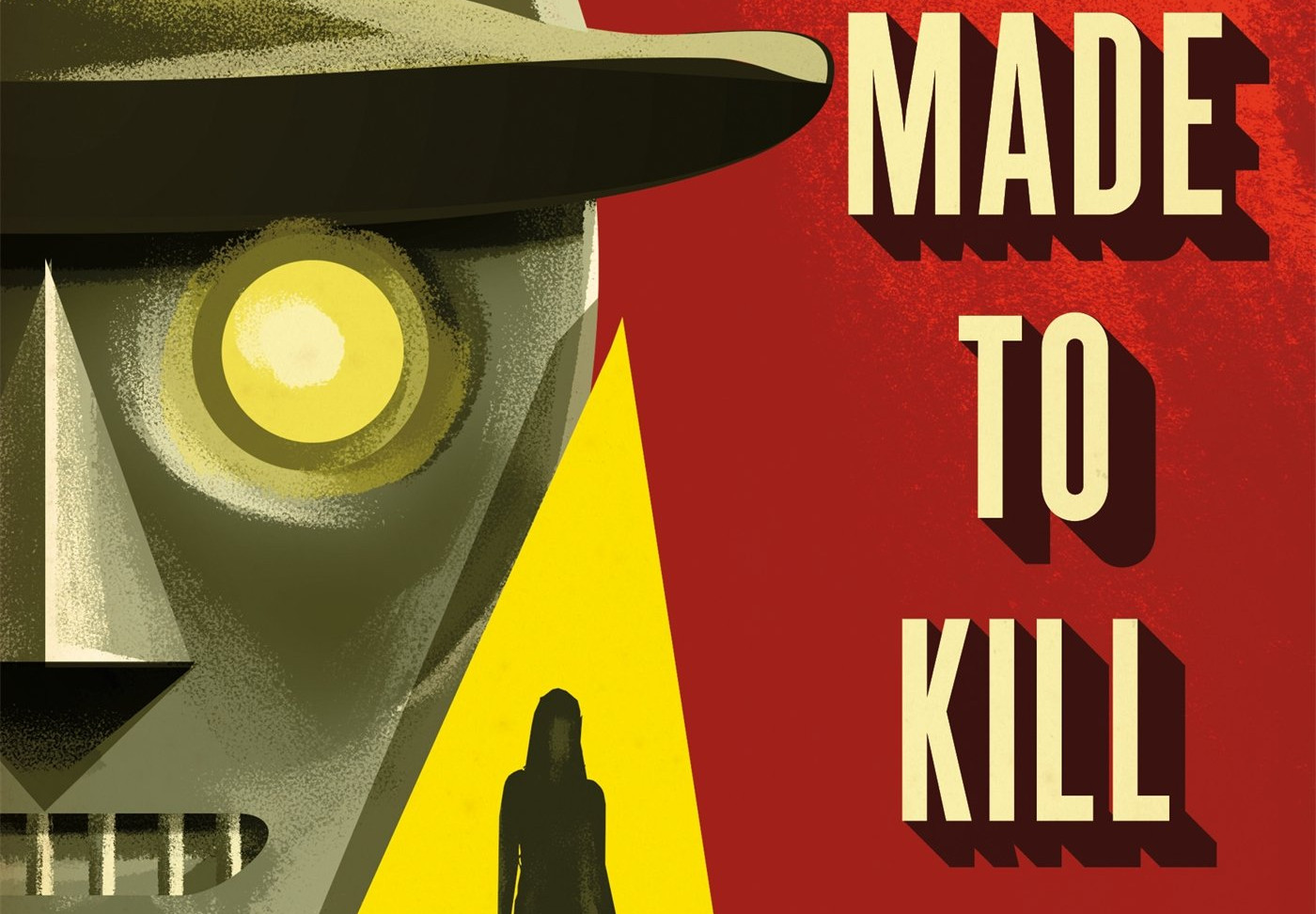 Christopher has done this sort of thing before. His 2011 debut, Empire State, was weird and glorious and noir, but nowhere near as hard-boiled as Made to Kill -- indeed, very little is.

Ray Electromatic is his own robot, even if his consciousness is modelled on the mind of the scientist who created him, he's got his own views and priorities. He's also got a profound disability: as a portable robot reflecting the state-of-the-art in 1960, he can only carry enough magnetic tape to store 24 hours' worth of memories. Every night, he goes home to Ada, the building-sized supercomputer that is his boss and friend, and she helps him take the tape out of his body, store it in her vaults, and plug in to recharge.

Every morning, he wakes without being able to remember anything that had happened since his permanent programming was put in place, and Ada catches him up on the day's work, which usually involves discreetly killing people for money.

Ada and Ray banter in a way that's beautifully Nick and Nora, and his murderous adventures around a Los Angeles haunted by its robot pogroms and its fear of Soviet double-agents are so cheerfully bloody and immoral that they conjure up an alternative universe whose most salient fact isn't robots, but rather, the absence of the loathsome Hays Code, which neutered film for decades.

Christopher really gets to grips with the constraints of Ray's short term memory and the social implications of the mob-destruction of all the robots (save one), telling a story that's gripping, funny, deadly and suspenseful.

Best of all, this is book one of three, so there's more of this kind of thing in the pipeline. That's great news, because Christopher has hit on something that I'd hardly suspected before, and now can't get enough of.

Made to Kill [Adam Christopher/Tor]