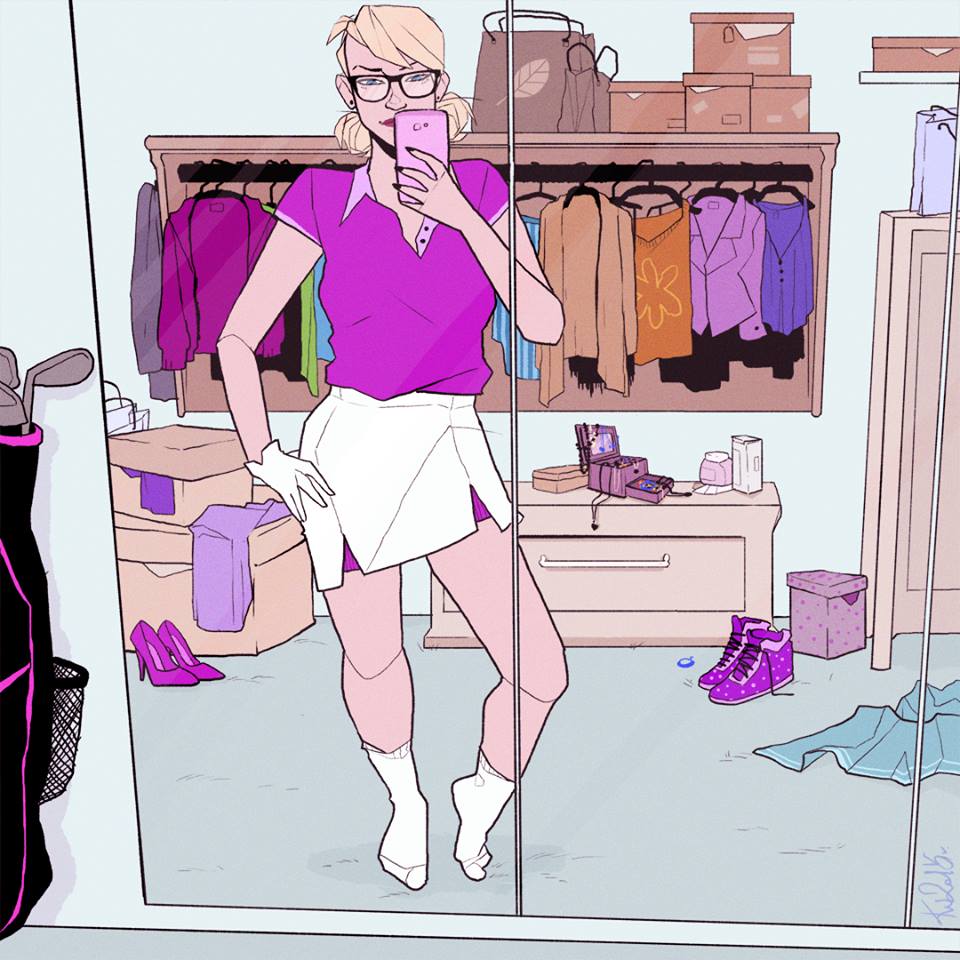 Regina, or 1995Regi, as she calls herself on Instagram, is a Polish girl who likes selfies, science fiction, and Drake. She's also the creation of artist Katarzyna Witerscheim, who dreamed Regina up as a cross between a slice-of-life webcomic and a roleplaying game, which you read and interact with through her illustrated selfies on social media.

The details of Regina's life can be gleaned not only from the images Witerscheim creates, but also the interactions she has with followers as Regina. Shortly before Halloween, for example, "Regina" took a poll on what costume to wear; later, in a photo taken at a Halloween party, we see her dressed as the people's choice: Sailor Moon.

Meet my date! Teddy is my Tuxedo Mask! #halloween #trickortreat #sailormoon My costume is made by @kairiincosplayland !!! 🎃🎃🎃

In another image, we see Regina kissing a handsome boy named Sasha, and answering questions about where they met. A week later she Instagrams a picture of her tear-stained face: They're broken up. She posts a screenshot of Adele's melodramatic ballad "Hello," playing on her phone. The responses from fans are serious and sympathetic: "Treat yourself kindly and surround yourself with people who love you!!" says one.

"I thought the project would be great to be interactive," Witerscheim told The Daily Dot. "You can write to her, you can talk to her, you can say to her about what she should do. I don't have one solid script. The plot can change because of the people who write to her."