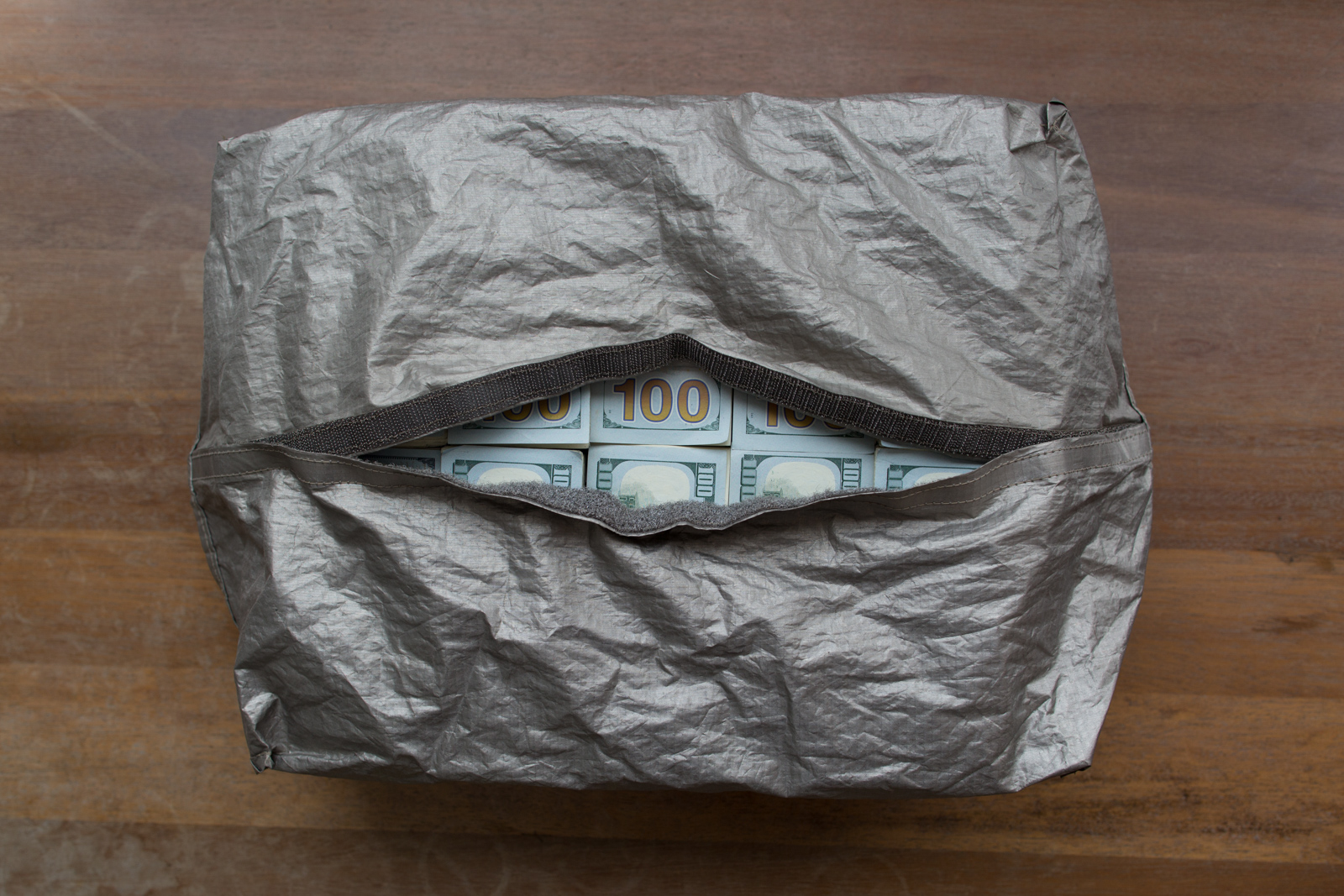 SDR Traveller caters to people who, for one reason or another, need to haul huge amounts of cash money through dangerous territory. The bags are made from a super strong, super light synthetic material designed for yacht sails, are RFID-shielded, and are rated by how much cash in US$100 bills each can carry, from the $1M Hauly Heist to the Money Pouch in denominations from $10K to $400K.

The Heist Pouch is custom-made in the USA by an ITAR registered manufacturer with extensive experience RF shielding products for the US military and associated agencies. Shielded products are commonly used in digital forensics, and to counteract industrial and corporate espionage.

Place your volume cash or electronics in the Heist Pouch to protect against RF transmitters and seal. To stop your feature phone, smartphone, laptop, tablet or GPS unit or other wireless device from connecting to wireless networks, place inside and seal.