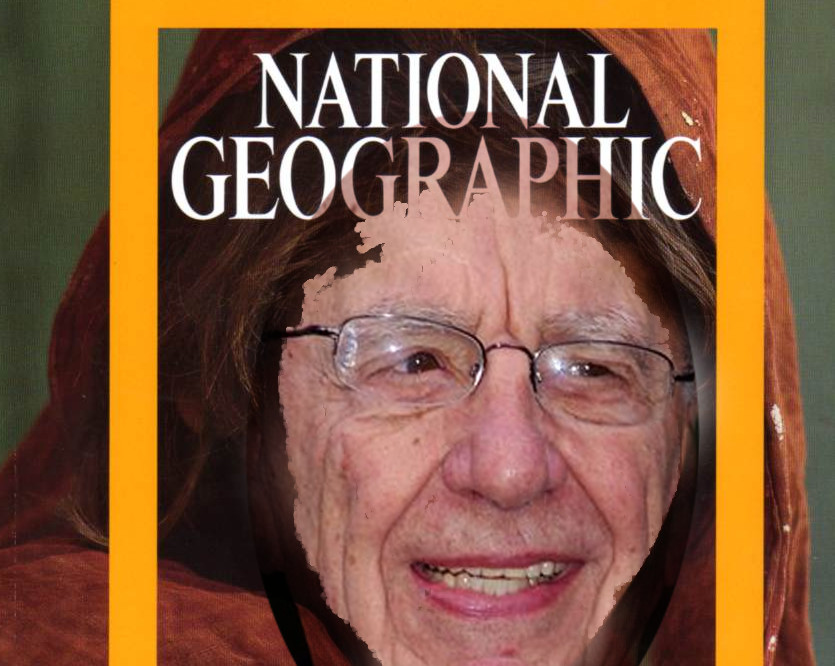 Murdoch has a long and dishonorable history of remaking the editorial directions of the publications he buys -- see, e.g., The Wall Street Journal, which downplayed foreign affairs, government, education and media coverage after the Murdoch acquisition, replacing them with more business and health coverage.

Included in the mass-firings are photo editor Sherry L. Brukbache, picture editor Nancy Lee Ott, photographer Michael "Nick" Nichols, and a designer described by colleagues as "the best designer on staff." At least 180 staffers were fired in all, the largest layoff's in the magazine's 127 year history.

National Geographic‘s weakness has been its cable channel. While it does feature many pieces on scientific endeavors, it also has featured shows such as Doomsday Preppers and Chasing UFO’s which lacked much of the respectability of the print magazine. They have since been removed from the schedule, but the damage to the channels reputation remains, and reflects poorly upon National Geographic itself.

Death by Murdoch. Via @dougdobey