How America bought and sold racism, and why it still matters 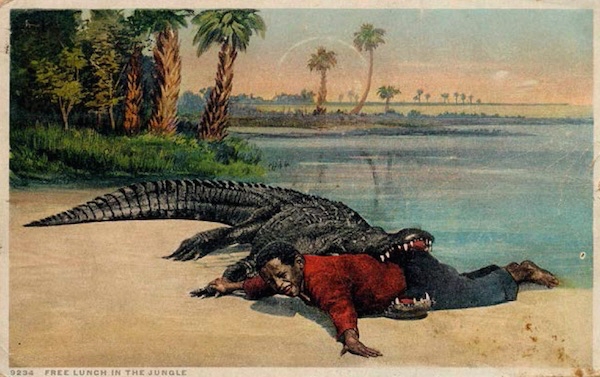 We've all encountered what people today call Black Memorabilia — a Mammy cookie jar, a racist postcard — but have you ever wondered where these depictions came from, and why they are so common? In her latest article for Collectors Weekly, Lisa Hix interviewed Dr. David Pilgrim, author of Understanding Jim Crow, to get some answers to these and other questions. Hix learned that Black Memorabilia was popularized by post-Reconstruction whites to dehumanize African Americans, and that while slavery may have ended in 1865, Jim Crow has persisted in various forms and guises to this day, which helps explain why the presence of an African American family in the White House has not been enough to put America's racial history behind us.

Camila’s Tex-Mex, near St Louis, Missouri, installed a piñata in the shape of the Covid-19 virus with a caricaturized face of a Chinese man on it, reports The Riverfront Times. The backlash was swift and severe, and the restaurant took down its Facebook page in shame, but not before trying to pass off the caricature […]