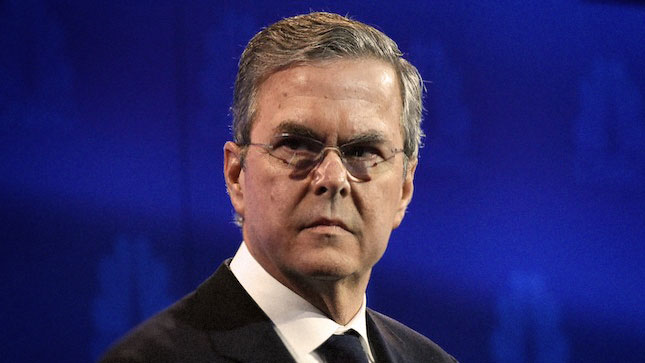 Jeb Bush, a Republican candidate for the nation's highest office, confirmed Monday that if given the opportunity, he would kill Adolf Hitler as a baby.

“Hell yeah, I would!” the former Florida governor told HuffPost. “You gotta step up, man.” …

Bush did acknowledge that murdering the future German dictator before he had the chance to ignite World War II would be an act that could set in motion unknown consequences.

But the 2016 Republican presidential candidate remained emphatic that he would, in fact, kill Hitler -- even if the future leader of the Third Reich were an especially cute baby.

“It could have a dangerous effect on everything else, but I’d do it -- I mean, Hitler,” Bush said with a shrug.

You know how Obama and GWB’s spin-doctors redefined “imminent” (as in “we attacked pre-emptively to prevent an imminent attack”)? Well, if it’s good enough for the Prez, it’s good enough for Florida’s neighbor-shooting yahoos. The yahoo in question is William T. Woodward, whose lawyer argues that he shot his neighbors while they were having a […]