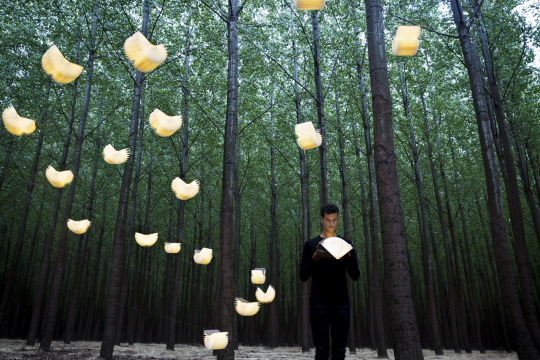 Has there ever been a more Boing Boing lighting product? I would like ALL OF THE THINGS on this website: hellolumio.com.

Minis are $125, larger ones are $190, and you can do customized lamps for a higher price. They look fantastic.

Lumio is a dynamic, multi-functional lamp that conceals itself in the form of a hard-cover book. Lumio opens to 360 degrees and comes with a custom orange micro-USB charger, magnetic wooden pegs for mounting, and a beautiful leather strap for hanging.