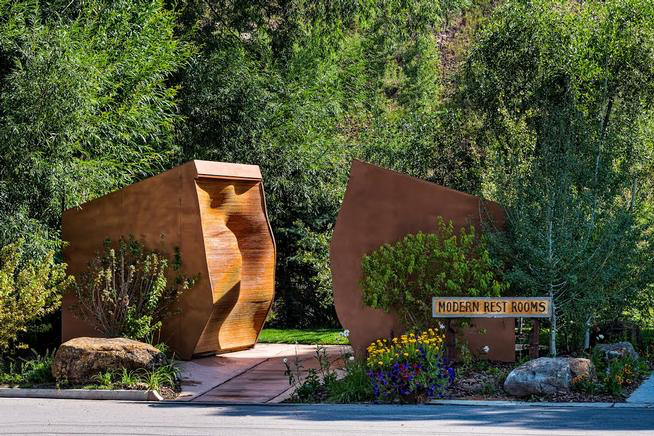 The small town of Minturn, Colorado won the 2015 America's Best Bathroom Contest put on by Cintas, a company that handles restroom cleaning and supplies among other things. Minter's Town Planning Director Janet Hawkinson was involved in the design of the restrooms, inspired by the entrances to gold and silver mines. From the Denver Post:

The two restrooms, one for men and one for women, sit a few feet apart and feature fabricated wood pieces — 320 different pieces total — on the sides where they face each other to mimic an adit, or an entrance to a mine in honor of Minturn's rich mining history. Inside the bathrooms, walls are painted turquoise and copper and feature steel butterflies on the ceiling. Conception, design and construction were all done locally.