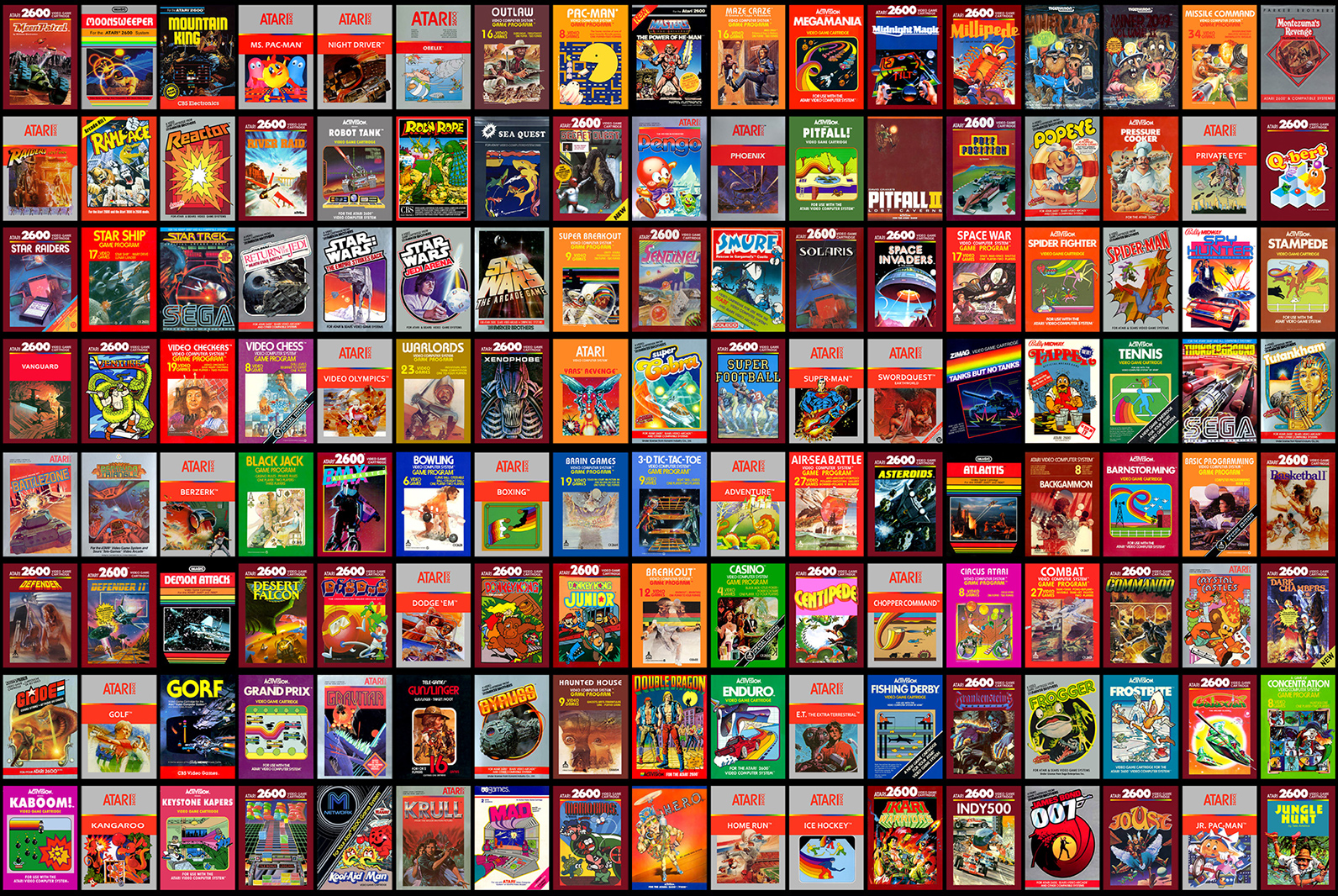 Every Atari 2600 game in the palm of your hand!

When I first saw the Atari 2600 in 1979, I was completely floored. I wondered how those geniuses could fit so much fun into those tiny bricks of plastic. For each game, they only had 4k to work with and what was done with it was simply amazing.  So much thumb numbing joy was brought to my life by the Atari corporation that I owe the founders Nolan Bushnell and Ted Dabney a debt of gratitude.  The countless hours spent playing games in my wood paneled Detroit basement paid off in spades.  For some reason, being able to rack up high scores gave kids like me special status among certain cliques.  The games gave me a reason to be social at school and if it wasn't for them, I probably would've been picked on a heck of a lot more.

Of course, Junior High School was a pivotal time in my life and through those years, video games were all I thought about.  While at school, my friends and I talked about the ones we liked, the ones that we didn't and the ones we were willing to trade.  My mission in life revolved around ways to upgrade and expand my game library.

I would pour over the Atari game cartridge catalogue every night before bed and dream about video games while I slept.  I was absolutely, positively, without a doubt a video game addict and my paper route existed specifically so that I could satisfy my need for new ones.

If I had then what I am going to share with you now, my head would have exploded so if you are susceptible to that sort of thing hold on to your hat.  A friend recently showed me a product called The Harmony Cartridge. With it, you can have every Atari 2600 game ever made in the palm of your hand. It’s just like a regular Atari game cartridge except this one holds them all via an SD card slot.

When you copy the entire Atari catalogue of 500+ games onto your SD card, you’ll think that there’s been a mistake because it’ll happen so quickly.  The fact is, 4k multiplied by 500 just isn't a whole lot of data.   Once you've slipped your filled SD card into the Harmony Cartridge and throw the cartridge into an Atari 2600, you'll be good to go.

When you turn the console on, a menu will appear that allows you to toggle through your library of original game roms, game mods and self-published games. It may seem too good to be true, but it works like a charm and to get you started, here’s a great link to download your favorites.

Don't have an Atari 2600 and want to play these games without a Harmony Cartridge?   Just download the Stella Emulator and pick up a USB Atari 2600 style joystick for your laptop or desktop!  It's not the same as playing with a vintage game console but you'll still have a great time.

If you love trips down memory lane and have an old Atari 2600 just lying around, do yourself a favor and check out the Harmony Cartridge.

If I had a time machine, I would go back to 1979 and leave one under my pillow for me to find when I woke up.

Not that I could have spent more time playing games if I tried.