Private funding of public services is bankrupting the UK 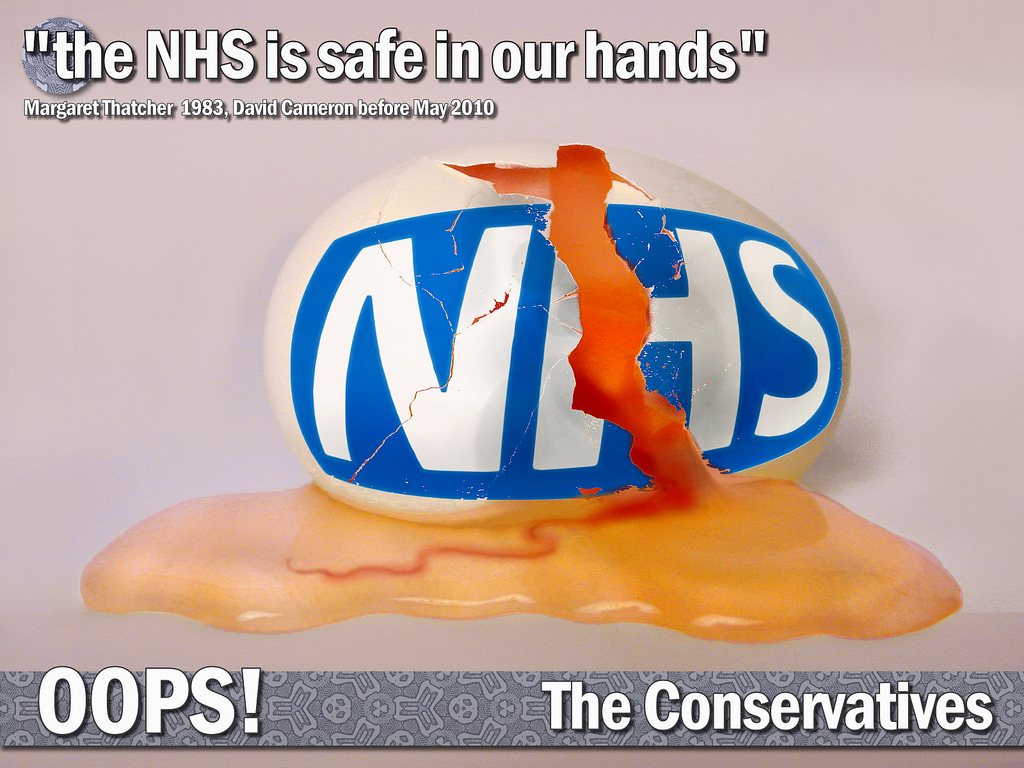 The right-wing Telegraph can't deny what critics have been saying since the Tony Blair years: when you use private to fund public services, the only people who benefit are the shareholders.

The article is based on the NHS's own figures, which show that the £22 billion "black hole" in its budget can be attributed to massive cost-overruns from private finance initiatives (PFIs) combined with fact that private sector interest rates are much higher than the rates at which the UK government can borrow.

In an excellent Crooked Timber post, Josh Quiggin explains the ideological blindness that created the problem, and how the financialization of the global economy "has produced a hugely costly financial sector, extracting returns that must, in the end, be taken out of the returns to investment of all kinds."

In other words, the one percent didn't get that way by making more money than the rest of us: they got there by taking our money off of us.

Dr Peter Carter, chief executive of the Royal College of Nursing, said: “The RCN repeatedly warned that many PFI deals in the NHS represent extremely poor value for money for the taxpayer. Locking trusts into these deals for decades is deeply concerning.”

Their words echo the findings of Prof Allyson Pollock, an expert on PFI in the NHS, who said in a report in 2013 that the costs of borrowing in PFI deals “are consistently higher than public borrowing costs”.

She said: “The high cost of PFI services and debt repayment has had a serious impact on NHS services by creating an affordability gap. There is a correlation between large PFI building projects and hospital deficits and reductions in services and staff.”

The biggest PFI deal, considered widely to have been a mistake, was to build new hospitals on the sites of two old ones – the Royal London in Whitechapel, east London, and St Bartholomew’s two miles away.

The rebuild cost £1.1 billion but, under the terms of the PFI, the final cost will be more than £7 billion with the Barts Health NHS Trust making payments until 2049. The trust, paying £143.6 million this year in repayments, runs a budget deficit of £90 million.