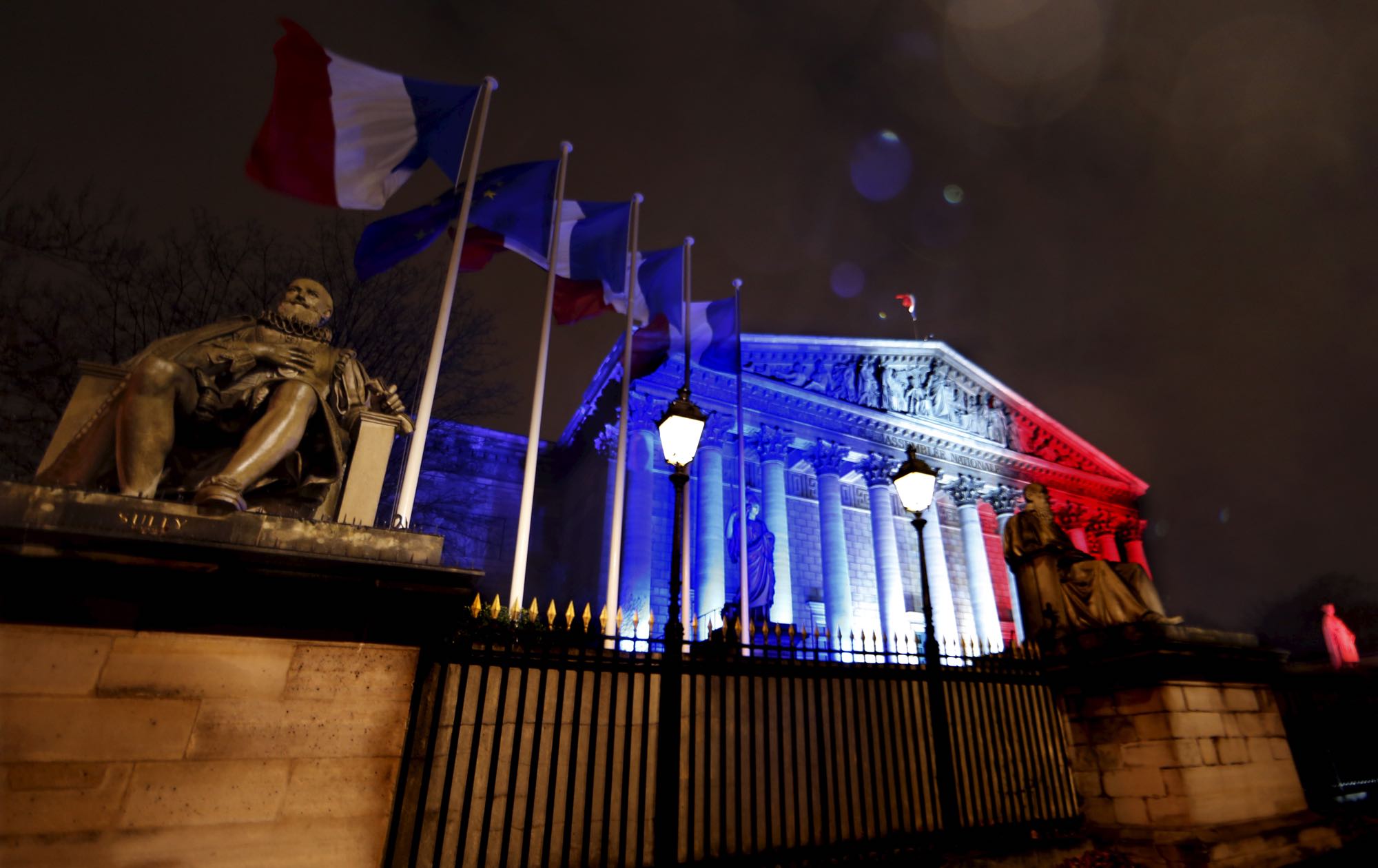 France’s National Assembly lit with the colors of the French flag in Paris, Nov. 19, 2015, to honor victims of terrorist attacks. [Reuters]

In the wake of the Paris attacks, the French National Assembly has declared a state of emergency with sweeping powers, without any substantial debate. Included in the bill are the power to order the nation's ISPs to block websites without any judicial review or court order, and for authorities to seize and search electronic devices without a warrant.

The French Senate has yet to ratify the measures, and there are several amendments pending that could improve the bill. Not all of them are improvements, though: one amendment would criminalize just attempting to load any of the banned websites.

An armed French gendarme stands along the highway as gendarmes check vehicles and verify the identity of travellers in France, Nov. 19, 2015 [Reuters]

Regarding administrative police searches, their extension to electronic and data processing devices is not limited to the copying of the data found on the devices but also allows the seizure of all data, documents, etc. "accessible from the initial system or available for the initial system". Outside any significant legal oversight, it is thus "open bar" to look for, on a broad scope, any type of information on any type of electronic device of any French resident and especially any information available via usernames, passwords collected during a police search, any content stored online, etc.

French MPs also voted in favour of an amendment allowing the Minister of the Interior to block any website "the promoting terrorism or inciting terrorist acts", hence extending the measures included in the 2014 antiterrorist law which already gave that power to the police.

Regarding house arrest, it is important to highlight that the new wording significantly lightens the necessary conditions under which this measure, highly infringing individual liberties, can be used. In its 1955 version, the text required that "the activity turns out to endanger security and public order". The new version is intended to apply to individuals that present "serious reasons to think that their behaviour represents a threat for security and public order", thus adopting a broader and more imprecise scope. No definition of "serious reasons" is provided. The impact study explains that the individuals targeted are those who have "drawn the attention of the police and the intelligence services by their behaviour or company they keep, statements or projects". This measure leaves wide open the possibility of very broad interpretations, made worse by the fact that measures taken during the state of emergency are not overseen by a judicial judge.

Likewise, the text specifies that house arrests can be conducted in locations chosen by the Minister of the Interior, which paves the way for the worse house arrest requests made by politicians (some have mentioned "internment camps"), with the possibility of resorting to electronic bracelets.