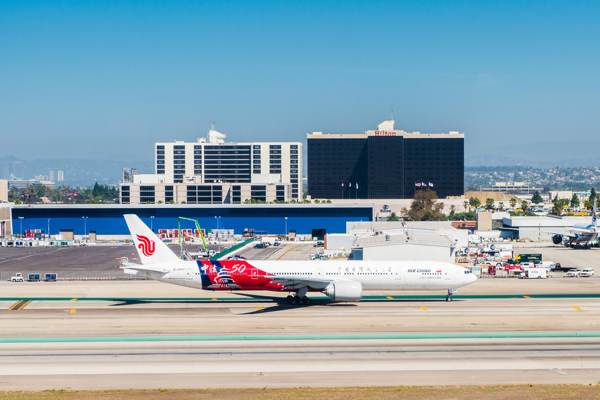 Movie stars, pro athletes, and rich people will no longer have to suffer the company of their lessers at Los Angeles international airport. For about $1,500 to $1,800 the elite will be dropped off behind closed doors, away from aggressive paparazzi and slack-jawed gawkers. They'll be whisked through security check points and greeted by security personnel trained to pay proper respect to their betters. Instead of dining at Sbarro and Wetzels Pretzels like the schlubs in the dingy terminals, they'll nibble on gourmet meals prepared by dedicated catering teams. Once it's time to jet off to Biarritz and St Bart's, they'll be whisked by car to the waiting plane.

The Guardian has more:

The Los Angeles Suite is modelled on the Windsor Suite at London’s Heathrow, which was once reserved for the royal family and visiting heads of state and diplomatic visits but opened up to those with big wallets in 2008 after the Foreign and Commonwealth Office (FCO) cut its funding. Now access is available for anyone for a minimum of £2,000.

The Heathrow VIP service offers personal shoppers to go out and brave the mayhem of duty free on behalf of guests and promises to take a firm approach with paparazzi. “Should we be aware of paparazzi at the airport or surrounding public areas, the airport team will request they cease and move on,” it says in its frequently asked questions.

The Financial Times kicked off its "How To Spend It" section in 1967 as a single page in the Saturday issue (then called "A guide to good living"); the section grew to its own glossy magazine over the years, weathering lean years and good ones, and has found its niche half a century later, in […]

Political scientists and economists who’ve undertaken peer-reviewed research into policy outcomes have concluded that all over the world, and at every level of government, wealth inequality is correlated with corrupt policy-making in which politicians create laws and regulations that favor the rich at the expense of the wider public.