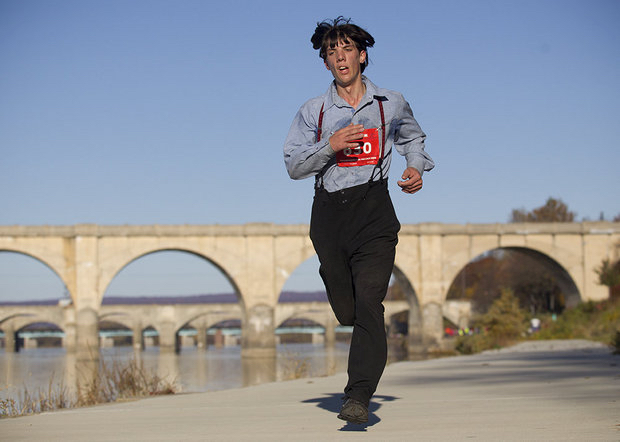 
Stolzfus told Penn Live that his nontraditional running garb doesn't bug him one bit. "In the summer heat, he said he tries to drink more water, but he doesn't do anything 'out of the ordinary.'"