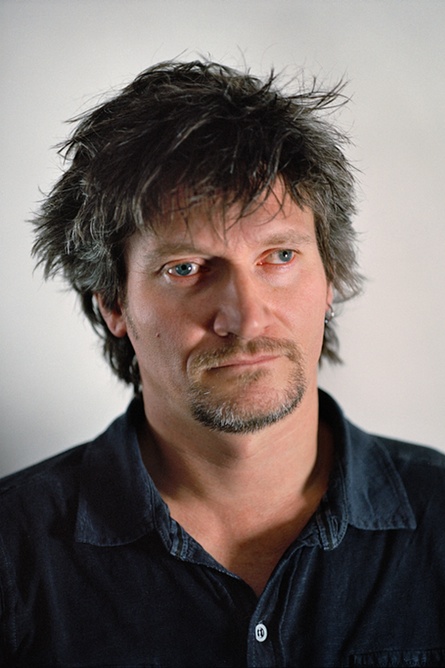 It's been five years since the first cases of UK undercover police officers infiltrating environmental groups and tricking activists into having sex with them surfaced, and now, one of the survivors of the practice, "Lisa," has granted her first-ever interview.

"Lisa" was deceived into having a six-year-long sexual and romantic relationship with an undercover police officer called Mark Kennedy, who eventually left the police and went to work for a private intelligence firm that sells information on activist groups to corporations.

Kennedy was a married man with children, though he was estranged from his wife. The UK government helped him keep his true identity secret from Lisa and the other women Kennedy seduced, providing him with false papers and other cover. A group of handlers routinely directed him on how to conduct his affair with Lisa, keeping close track of their lives together.

Lisa's story describes something traumatic and unforgivable. It was done with the assistance of a giant, multi-billion-pound, all-surveiling government, which then covered up and lied about the practice.

Though it's been years since the revelations about the state-sponsored seduction, the activities of UK undercover officers are only now coming under close scrutiny, as we learn more about their activities: for example, spying on the family of a teenager shot by the police after his death; stealing the identities of dead children to conduct surveillance and more.

Lisa does not want to pin too much hope on the inquiry uncovering the truth of Kennedy’s espionage and his relationship with her. “There are so many more questions than answers in this whole thing that I don’t think I am ever going to be in a position where I feel like I know what went on and what it all meant, and that there’s nothing more to wonder about.”

She asks herself how much he genuinely loved her. “It is an endless, endless question that I will always be wondering about. That will always keep me awake at night.”

She has been left with a “crushing disappointment and sadness”, feeling that her ability to trust others and form relationships has been shattered. “I have lost a lot of optimism about all kinds of things,” she says. “Just the idea that the world is a good place, that love exists, that love is possible for me.”

Lisa Jones, girlfriend of undercover policeman Mark Kennedy: ‘I thought I knew him better than anyone’
[Rob Evans/The Guardian]


(Image: Philipp Ebeling for the Guardian)