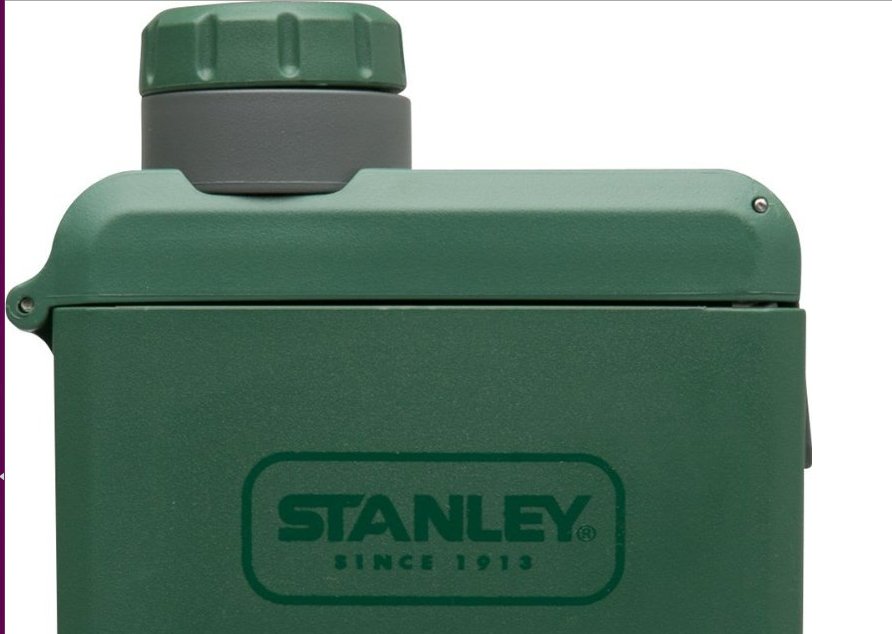 I've been using Stanley's classic flask for years (I literally packed one, full of nice bourbon, in my suitcase this morning for the Melbourne/Sydney/Berlin trip I'm leaving on tonight), and I have no complaints: it's beautiful, easy to close, and rugged.

Now the steel flask has a plastic brother: the 7oz Adventure Eflask, which has a slightly lower capacity (7oz vs 8oz) and is 3oz lighter. The steel flask comes in more colors (I dote on the red, while the plastic's navy blue is probably the best), but the plastic flask has a better closure.

Some reviewers complain about leaks from the plastic flask, but they seem to have gotten units from an early, low-quality-assurance batch; more recent reviews report no leaks at all (it's no fun wearing bourbon-scented clothes all around the world!).