The Paradox: a secret history of magical London worthy of Tim Powers 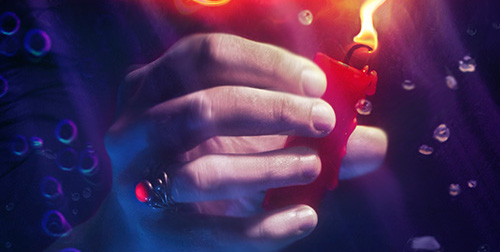 The Paradox: a secret history of magical London worthy of Tim Powers

In The Oversight, Charlie Fletcher introduced us to a secret history of London and the ancient order that defended it from the creatures of the dark. Now, with The Paradox, a sequel, Fletcher plunges the bedraggled heroes of the Oversight into danger that they may not be able to best.

The master novelist Tim Powers once explained his method for constructing such plausible, compelling secret histories: he charts the lives of real historical people, from Thomas Edison to Bugsy Siegel to the Romantic poets, and whenever he finds two people in the same place at the same time, or doing the same things at the same time, he pretends that it was no coincidence, and sets out to construct a secret explanation for the co-occurrence. This method, combined with Powers' gift for characterization, description and plotting, create stories that feel real, even though you know they can't possibly be.

I don't know what method Fletcher has used to weave together the real persons of his Oversight world -- Robespierre, for example -- with the imaginary knights of the Oversight, but the effect is every bit as startling and real-feeling. The Paradox is plotted like a Dickens novel, with a huge cast of characters and ever so many turns and reversals, shameful secrets revealed and rewarding detours taken.

In his second book, Fletcher introduces us to the demi-monde of the magical creatures -- the Sluagh, tattooed neolithic wild-men who fear iron and moving water and have been penned in by the railroads that have criscrossed their ancient byways; the changelings; the wights who live forever in the world between the mirrors, yearning for the human blood that returns color to their monochrome world.

But Fletcher has a lot of sympathy for his devils: as wicked as they can be, they are nevertheless given comprehensible motives, sympathetic causes in their own right. We don't necessarily like them, but we can understand where they come from.


Fletcher's human villains are more base. Where the Sluagh and the Changelings are prisoners of their nature and circumstance, the wealthy, venal predators from the human world have chosen their path freely, when they could have taken another.

The Oversight are in danger -- possibly mortal danger -- from all their enemies, human and magical, and while we've been told that the human world may not be able to survive without the Oversight to maintain the balance between magic and reality, Fletcher seems to be preparing us for the possibility that humanity might need to figure out how to cope without their ancient, unheralded guardians.


The Oversight and The Paradox are novels you can lose yourself in, long and lavish, with so many nooks and crannies to explore that it's easy to believe that Fletcher has much more he's held back -- like a hitchhiker's towel, the many details he shows us imply that there are far more to be found.