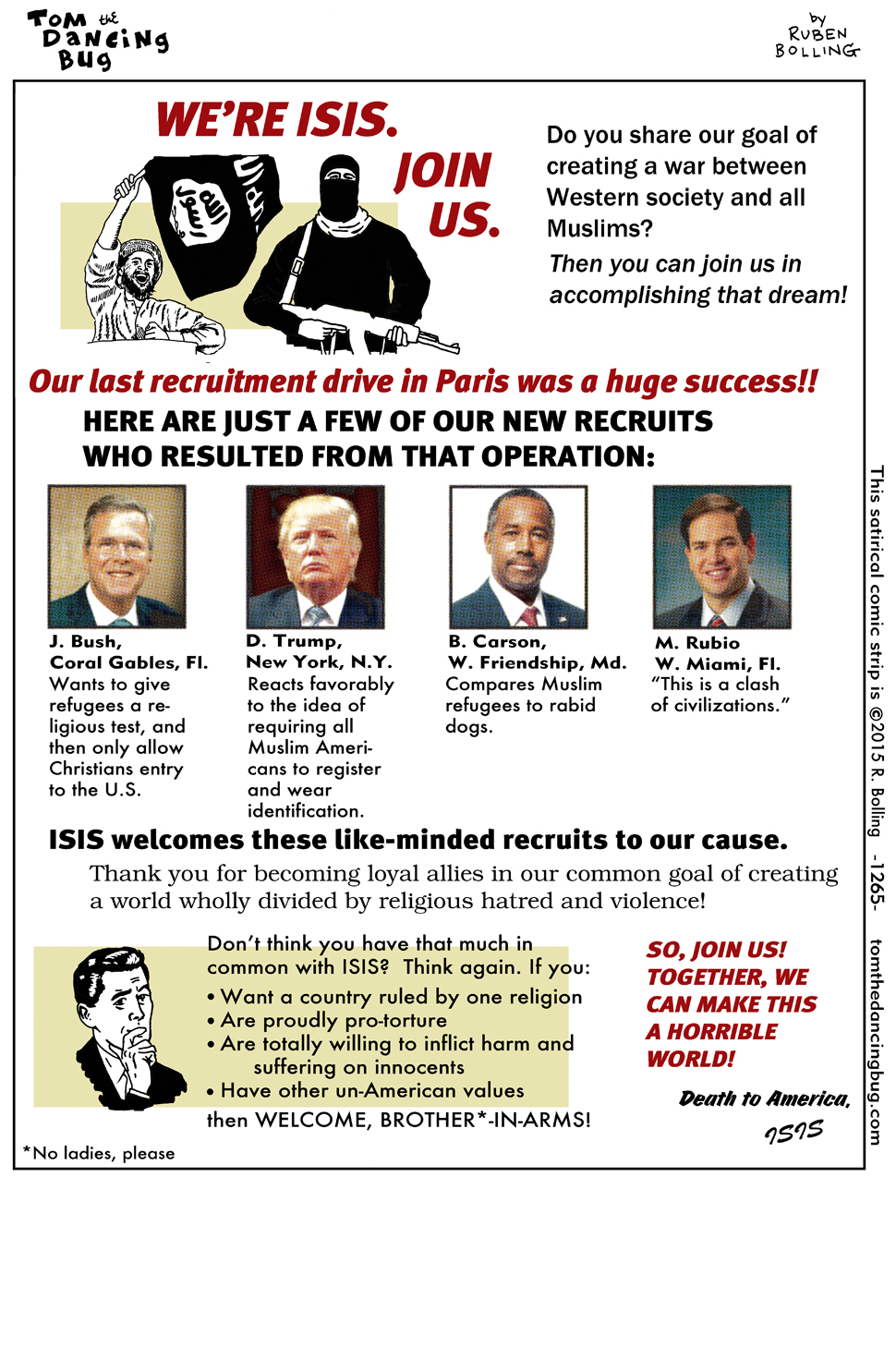 Tom the Dancing Bug, IN WHICH we meet ISIS's new recruits, the result of its successful Paris recruitment drive.

You can get both EMU Club Adventures books, signed, sketched and delivered in time for the holidays here.