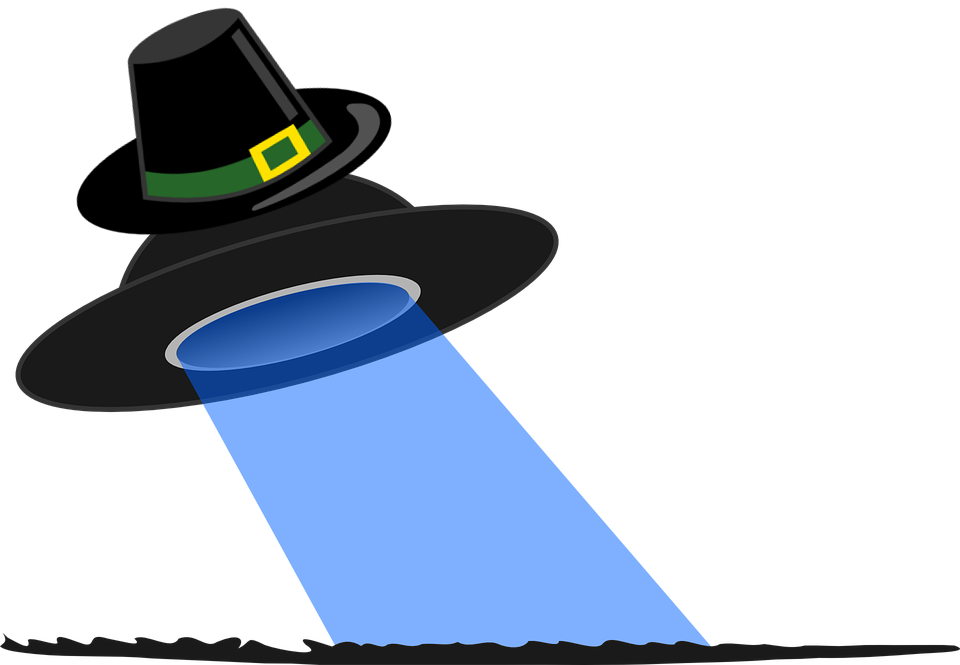 When you look at the Thanksgiving story from Squanto's point of view, it's a pretty depressing science fiction story about minding your business outside your home one day when you're suddenly abducted by aliens with advanced technology, and when you finally make your way back home, years, you discover that nearly everyone on the continent has been wiped out by an alien supervirus.

Yet when he returns, Mr. S finds a postapocalyptic wasteland utterly unlike the world he left. America is empty, its great cities gone, a few survivors fighting for scraps among the ruins. 95% of the population is dead, slain by a supervirus unlike any doctors have ever seen. The few rumors from afar say Mexico, Canada, and lands further abroad have suffered the same or worse. He finds the site where his hometown once stood. There is nothing. Wandering in despair, he is captured by a gang of roving bandits and awaits execution or slavery.

Instead, the bandit leader reveals he is the state governor, reduced to his current station by the devastation that destroyed his capital and entire government. An alien ship has landed, and a handful of colonists have set up a little settlement. The governor’s scouts have been watching them from afar and noticed their strange powers. With their help, he could defeat his rivals and re-establish control over the state, restore his old position. “You have been to these creatures’ homeworld,” he says. “You know their ways, you can speak their language. Negotiate an alliance with them, and I will let you live.”

So Mr. S heads to the alien settlement, where once again he finds dystopian squalor and shocking ignorance combined with fantastic technology. The aliens are unfamiliar with even the basics of agriculture and desperate for aid. He quickly makes himself indispensable, and although he successfully gets the ex-governor his treaty, he starts forming grander plans. What if he could use these aliens as a tool to unite the warring bands of survivors? Break the ex-governor’s stranglehold on the region? Start rebuilding civilization? What if he could make something completely new, a merger of American ingenuity and alien technology?

THE STORY OF THANKSGIVING IS A SCIENCE-FICTION STORY

As Japanese musician Masami Akita (aka Merzbow) performs live in Taipei in 2013, one concertgoer shows that enjoying noise music does not preclude one from practicing good dental hygiene. Full clip below.