A profile of America's killingest cops: the police of Kern County, CA 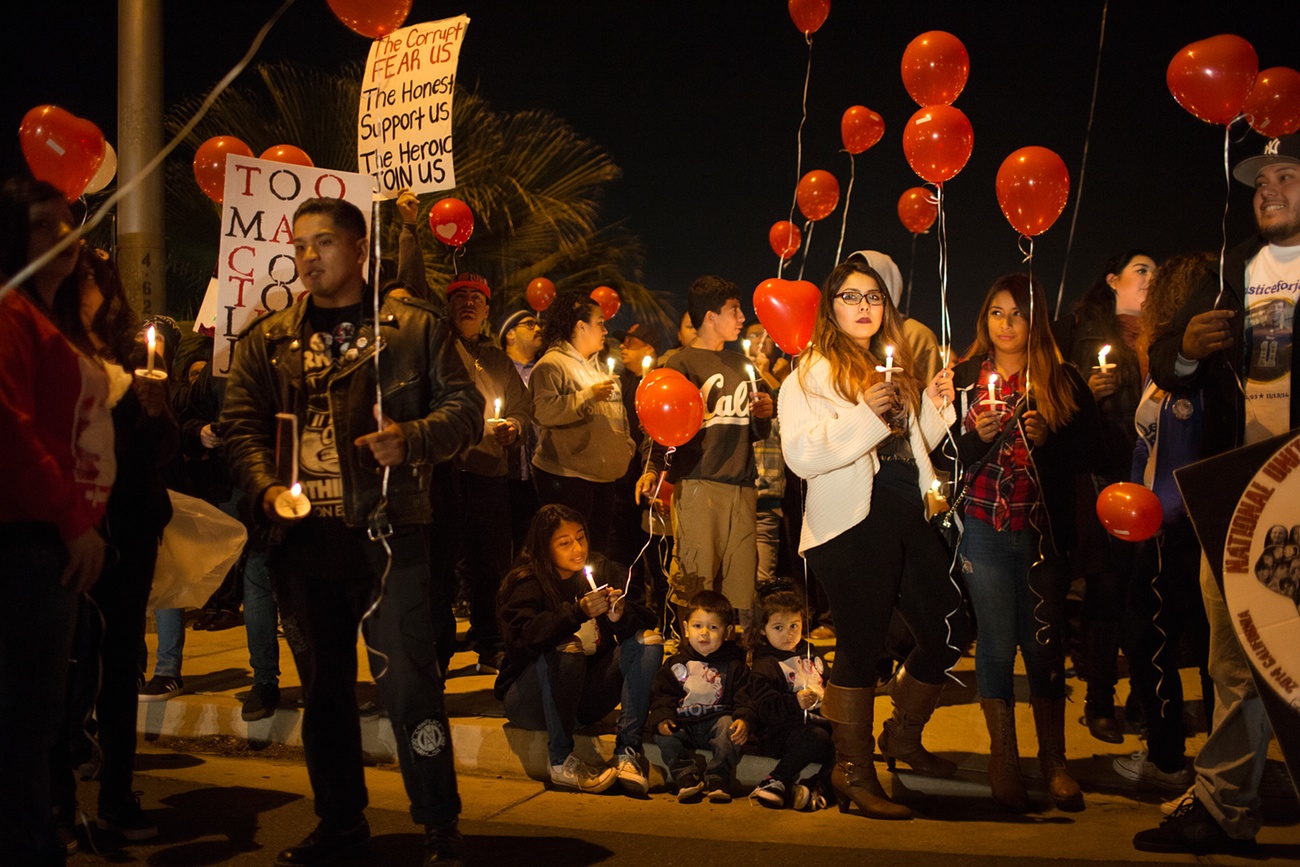 The predominantly white police of predominantly black and Latino, Tea-Party-governed Kern County, California kill more people per capita than any other force in America. The Guardian's Jon Swaine, Oliver Laughland and Mae Ryan have produced an amazing, deep, interactive profile of a force whose killings are investigated internally and cursorily recorded in a poor, remote area with high unemployment and a meth epidemic.

The county has one of America's highest crime-rates, and an unemployment rate (9.9%) that is fifty percent higher than California's 6.3% average. The crime is fuelled by meth cookers and users, who are involved with corrupt members of the local police, including Detective Damacio Diaz who was indicted in November for accepting bribes from a meth dealer to whom he allegedly funneled seized drugs from police lockers.

The affluent white minority in the county are deeply conservative, and are in control of the regional politics, having sent Tea Party Republican Kevin McCarthy to Congress in 2010.

The police in Kern County operate in a culture of secrecy and impunity. Officers who kill residents are investigated by superiors from their own departments, and almost inevitably found to have done nothing wrong. Children of the slain who attend local schools are required to participate in Law Enforcement Appreciation Day and thank the force that killed their parents.

The County is currently gripped by an evidence-tampering scandal that may shake some of the police impunity. After the police insisted that there was no surveillance footage of the police killing of Jason Alderman, who was allegedly robbing a closed Subway restaurant, Alderman's family discovered that the police had collected surveillance recordings from the Subway manager and instructed him to keep the fact a secret.

Sgt Holcombe, who has lived in Bakersfield nearly his entire life and has never had to fire his service weapon, said that officers are not just “willy-nilly taking people’s lives”.

“There’s a story behind each of these shootings. These officers have to have to make split-second decisions and carry this with them.”

Holcombe and his chief dismissed that repeat involvement in shootings could raise concerns. It is “wrong place, wrong time”, said Holcombe. “I don’t know what the chances are, this occurring to somebody,” said Williamson, but “we have other officers that have been in multiple shootings”.

Officer Timothy Berchtold, for instance, shot and killed three people in the span of less than two months in 2010. Two of those he shot were unarmed and accused of a strikingly similar offence – reversing a car they were driving towards Berchtold. One of them, Traveon Avila, was a 15-year-old boy.

All three shootings were ruled justified by the department. Berchtold continues to patrol the streets of Bakersfield.