A roadmap for killing TPP: the next SOPA uprising! 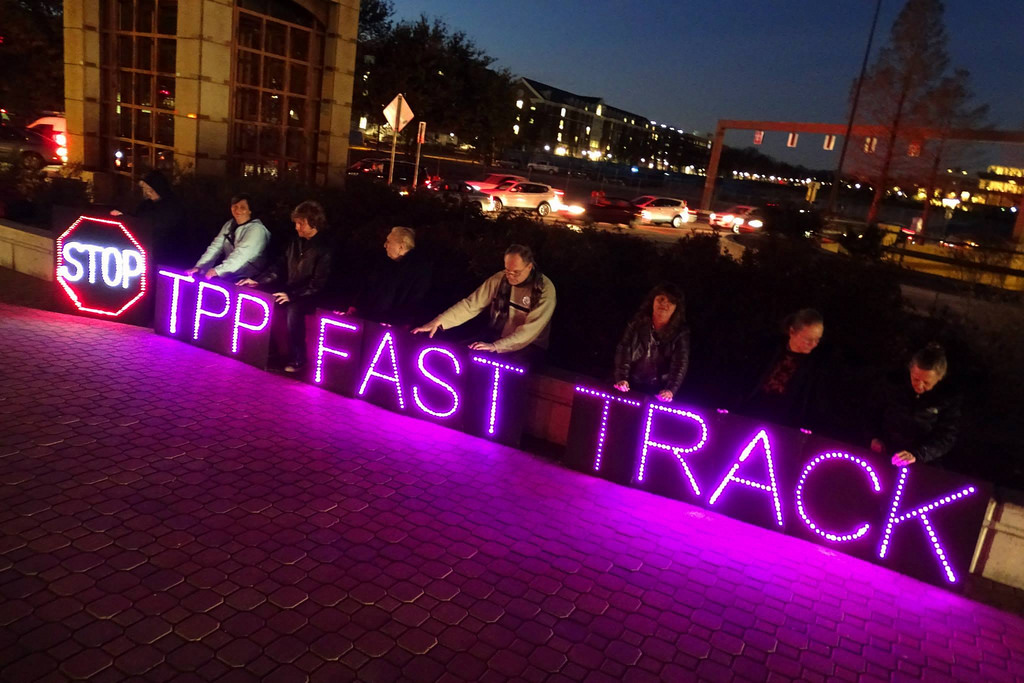 The Trans Pacific Partnership is the largest "trade deal" in history, negotiated in secret and encompassing many issues unrelated to trade, including rules that make the Internet less secure, easier to censor and spy on, and more subject to corporate dominance.

Once Obama signs the deal, Congress has 60 days to approve the White House's proposal for "implementing legislation." If they don't approve it, the US won't sign the deal and it will die, likely forever.

The White House will be lobbying Congress like crazy between now and that vote.

That's where we come in. EFF and its activist partner orgs are planning to overwhelm Congress with calls, letters and visits from constituents who will demand that American law be made in public, with democratic accountability -- in secret meetings by corporate lobbyists. With an election on the horizon, elected officials are all on notice that they could lose their jobs if they can't keep voters happy. This is a weakness, and we will use it to kill TPP.

For now, there is no clear reading on how Congress will vote on the TPP's implementing legislation, but it's going to be a close vote. Our strategy will be two-fold:

1. To overwhelm Congress members with emails and messages from their constituents demanding that they vote down the TPP when the implementing legislation comes before them.

2. To turn the TPP into a household name for toxic digital policy, much like we did with SOPA.

Fighting the TPP is as much about defending our digital rights as it is about rejecting opaque, corporate-driven policymaking. Internet users in all TPP countries can take action to call on their representatives to reject this agreement, but stopping this deal in the U.S., will effectively also defeat it in the 11 other countries. If we want to ensure that laws don't just uphold powerful private interests, but are designed and implemented with the public's best interests in mind, then we must stop the TPP—for the sake of the Internet, our rights, and our future.

The TPP State of Play: How We Defeat the Largest Trade Deal in History
[Maira Sutton/EFF]

Tell Congress to Vote No on the TPP
[EFF]