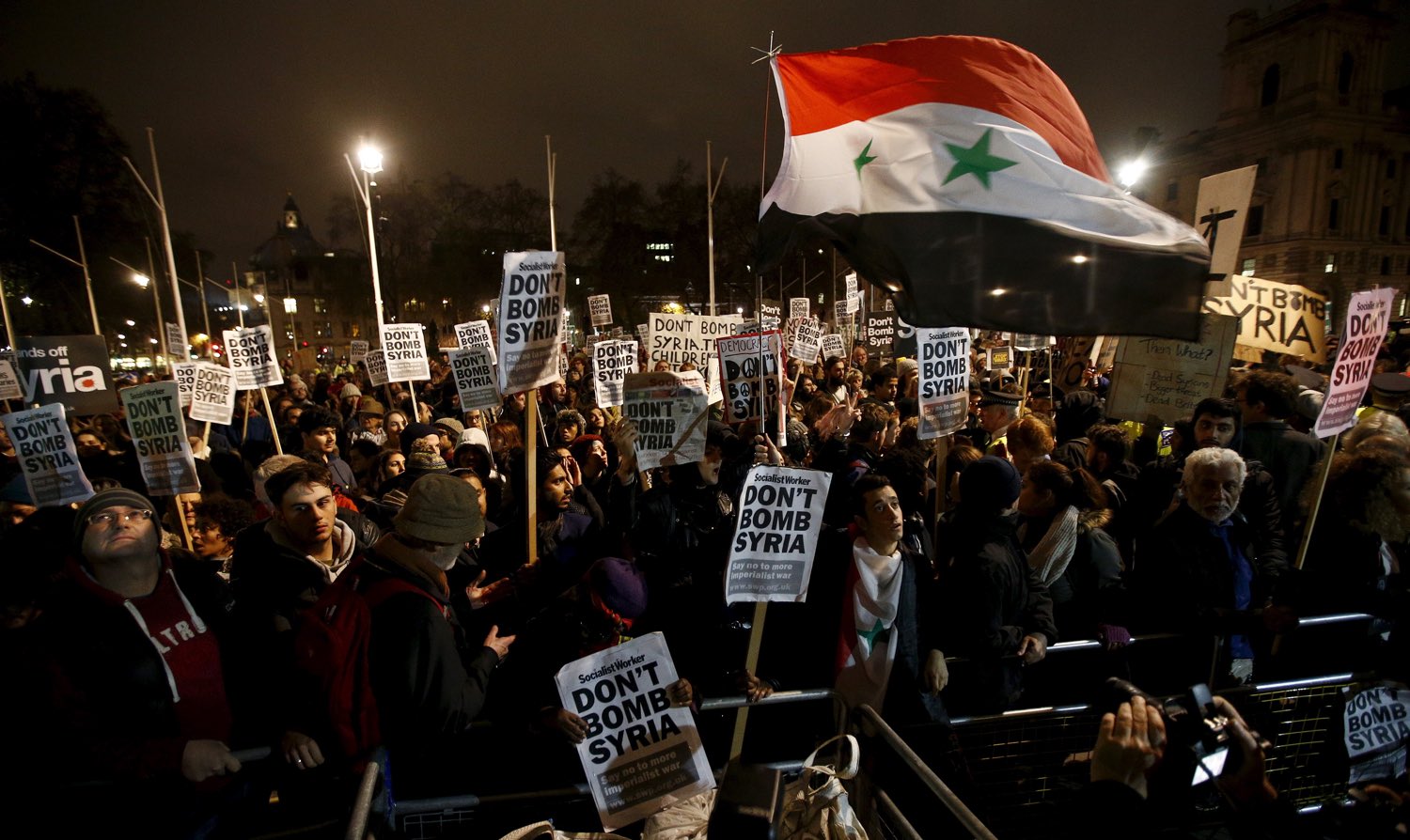 Within hours or days, the UK plans to begin bombing Syria.

After an extensive debate, UK lawmakers have voted 397-223 to join France in the US-led international military campaign against the Islamic State or ISIS, aka “Daesh.”

From the Financial Times:

Britain will launch air strikes against Isis extremists in Syria within hours after MPs endorsed by a majority of 174 David Cameron’s plan to bomb what he called “medieval murderers”.

After a day of high drama at Westminster, dozens of Labour MPs ignored their leader Jeremy Corbyn and backed military action; Britain will now join France in a US-led coalition committed to attacking Isis in its heartlands.

For Mr Cameron the 397 to 223 victory came as a huge relief, helping to erase the painful memory of his Commons defeat over Syria in 2013, when he lost a vote to start bombing Bashar al-Assad’s forces.

The result came at the end of a passionate and acrimonious debate lasting 10½ hours, in which Mr Corbyn claimed that extending RAF action from Iraq to Syria would increase the risk of Isis attacks in the UK.